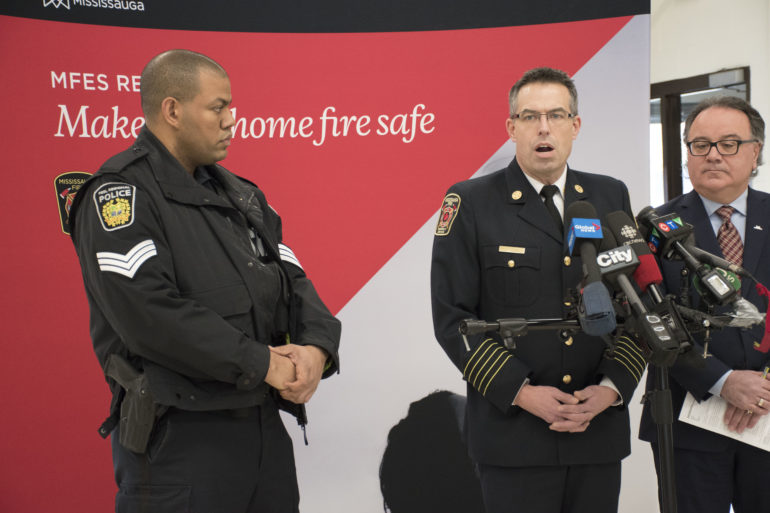 The cause of the explosion that razed part of a strip mall in Mississauga last week is still being investigated after leaving 58 residents out of home, Fire Chief Tim Beckett told the media this morning.

Almost 60 residents were displaced after the explosion in a commercial plaza in Cooksville and Hurontario Street has been closed north of Dundas Street since the Sunday incident. More than 100 businesses in the plaza were also affected, some left with stores completely destroyed.

“We’ll make sure that there’s no residents out there that are left alone and have resources available,” Beckett said Friday morning.

Residents staying in shelters will be returning to their units around 1 p.m. today and working with Peel Region authorities to restore heating and other utilities.

“They’ll be working with our staff, the staff of office of emergency management, Peel police and Enbridge Gas, to get them fired back up with their heat and get them back into their units.” Beckett said.

Twenty-four of 58 residential units were directly impacted by the incident and the rest were evacuated for precaution. The explosion raised concerns of safety in nearby buildings and residential areas. The cause of the explosion is still unknown.

The Ontario Fire Marshal’s office are continuing their on-site investigation until Saturday evening. Beckett said the investigation could take months before knowing the cause.

Mississauga Ward 7 Councillor Nando Iannicca said the buildings involved are very old structures formed before the Condominium Act. This can cause some confusion and mix up in terms of insurance for the residents.

The city is now in recovery mode and working to do as much damage control as possible.

“We had a lot of good lessons learned and are able to the apply to this situation,” Beckett said, recalling Hickory Drive explosion in 2016, where a couple blew their home up in a suicide pact which caused extensive damage to the neighbourhood. It took more than a year for some residents to return home in that incident.

“This is a good day for us in terms of returning people,” he said.