Curling is growing in popularity among Canadians 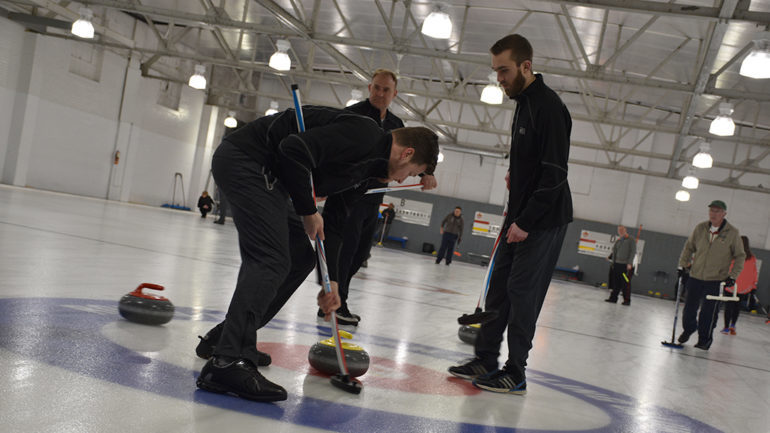 The Royal Canadian Curling Club in Toronto was buzzing with people as they walked in with brooms in their hands and excitement on their faces.

Kevin Peckford, an insurance officer from Toronto, got ready to show his curling skills at the Curling League on Wednesday, Feb. 14.

“I have been playing since I was eight-years-old. Ever since I have watched the sport evolve and now it has become a part of Canadian tradition,” Peckford said.

Curling once described as an old-school-sport has now become one of the fastest growing sports.

“People love the sport. They love the competitiveness. They also love how social it is. At the end of the game it’s always good to see how people chat and drink,” he said.

The younger generation has now started embracing the sport and every curling rink in the city has newcomers every week.

“I think over the past few years, a lot of things have changed. There are more fitness and athleticism going into it and people started to consider it as an active sport. This attracts a lot of young people because it is not a lazy sport anymore,” Peckford said.

The impact of Olympics is another factor for its growing popularity. The sport was introduced in the Olympics as a demonstration sport in the year 1924. Over the years, it became more popular and was finally added to the official program for the 1998 Nagano games.

“During Olympics, the sport gets a lot of exposure. People get interested in it, they start talking about it and they join the nearest curling club,” said Maureen Gilroy, another insurance officer from Toronto, who has been playing at the club for the past 15 years.

There are curling clubs across the city where people, irrespective of their age or gender play up to three times a week.

“Due to the increased popularity, people find it difficult to find free ice rinks. We also sometimes have cross-town leagues where different clubs come together for the game,” Peckford said.