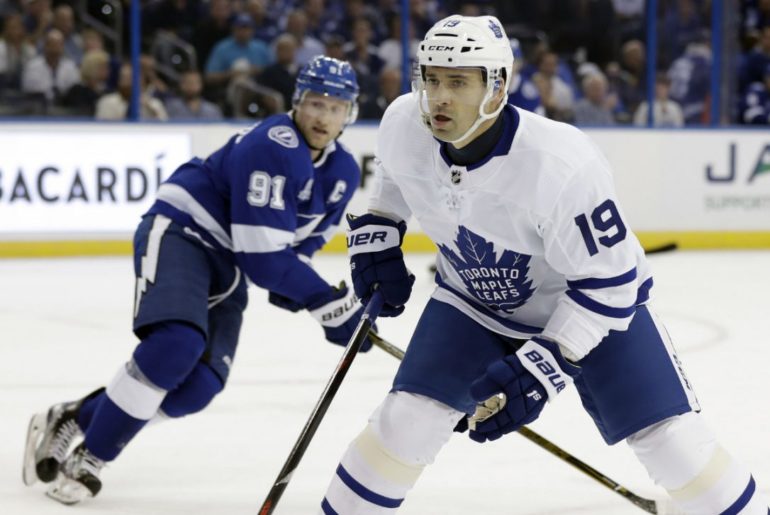 The NHL trade deadline is at 3pm est Monday, which marks the final time that teams can make trades before the playoffs.

So far there have been two trades, both involving Canadian teams.

Thank you for everything @ICole28.

In your short time here, you etched your name into our team history (and into the Stanley Cup, twice). pic.twitter.com/ilEP4dH7kB

Cole was traded from the Pittsburgh Penguins to Ottawa three days ago. He hasn’t even played a game for the Senators and is now expected to play with the Columbus Blue Jackets Thursday night.

“He was never expected to play for the Ottawa Senators, he didn’t even fly out of Pittsburgh,” Piller said.

“He was meant to be flipped for a draft pick. Good return for the Senators, just too bad the pick isn’t until 2020.”

The Winnipeg Jets are fighting for first place in the western conference and added veteran Paul Stastny Monday to help their chances. Winnipeg received Stastny from the St.Louis Blues for a 2018 first-round pick, 2020 4th-round pick, and Erik Foley.

Stastny has played for the Blues and the Colorado Avalanche through his 11-year career.

His major asset is his 35 points through his 55 playoff games, which is essential to the young Winnipeg Jets team.

Not the hottest of takes, but the more I think on it the more I love the fit of Paul Stastny on the Jets.

A) Guy can play
B) Bumps Copp down to a more natural fit for his skillset
C) Used to playing with Vlad Tarasenko, should fit well next to Patrik Laine as a distributor

The Leafs made their first trade prior to deadline day last night with the Montreal Canadiens. The Leafs sent three prospects along with a 2018 second round pick for centre Tomas Plekanec.

The 35-year old forward said at a news conference that he was grateful to the Habs.

“I’ve played against them (the Toronto Maple Leafs) so many times, and I know some guys there.” Plekanec said. “I just want to the thank the organization and I enjoyed every second playing for Montreal.”

Plekanec will debut with the Leafs tonight against the Tampa Bay Lightning. He will complete his team physical today in Toronto and then fly to Florida to face Tampa.

After 981 games with the Habs, Tomas Plekanec wearing a Leafs logo pic.twitter.com/Cmzu52UpVz

This trade benefited both teams as the Leafs received a centre who is great at face-offs and the penalty kill. The Canadiens gained a group of young skaters and a future draft pick. Plekanec played for the Canadiens for 15 seasons, and has missed a total of 13 games in that stretch. This is the first trade between the two Canadian sides since 2008.

Plekanec joining Leafs, but Tyler Bozak has won 63.6% (56-32) of his defensive zone faceoffs since Jan. 1, tied for the highest percentage among those taking at least 300 draws in that span. And heading into Tampa 18 of his 32 points have come on the road.

Trades Below the Border

The Chicago Blackhawks have traded young forward Ryan Hartman along with a 2018 fifth round pick to the Nashville Predators for a 2018 first and fourth round pick and  prospect Victor Edjsell.

Chicago is in a similar situation as the Senators being in the bottom five of the western conference. They’re trading away expiring contracts for draft picks.