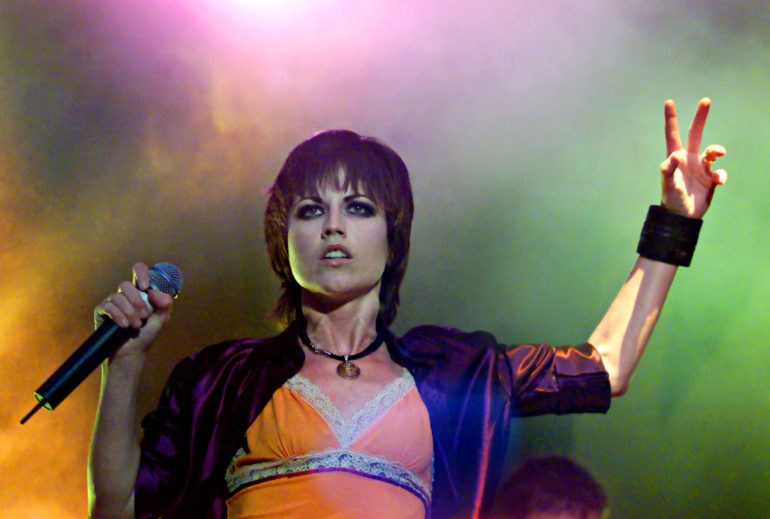 The death of The Cranberries’ Dolores O’Riordan is not being treated as suspicious by London Metropolitan Police, but the cause has yet to be determined.

The 46-year-old singer was found in a hotel in London, England Monday morning. She was pronounced dead at the scene. Initially, the police called the death “unexplained.”

The case will be passed on to the coroner’s office to determine a conclusive cause of death.

The Cranberries — an Irish alternative rock band — confirmed the sad news in a statement posted to Facebook, “Irish and international singer Dolores O’Riordan has died suddenly in London today [Jan. 15]. She was 46 years old. The lead singer with the Irish band The Cranberries, was in London for a short recording session. No further details are available at this time.

The statement further went on to say, “Family members are devastated to hear the breaking news and have requested privacy at this very difficult time.”

In another statement, bandmates Noel Hogan, Mike Hogan and Fergal Lawler said, “We are devastated on the passing of our friend Dolores. She was an extraordinary talent and we feel very privileged to have been part of her life from 1989 when we started the Cranberries. The world has lost a true artist today.”

Born September 6,  1971 in Limerick, Ireland, O’Riordan auditioned for and won a spot in the band The Cranberry Saw Us (The name would later be changed to The Cranberries) as the lead vocalist in 1990.

The band released their debut full-length album Everybody Else is Doing it, So Why Can’t We? in 1993, featuring the singles “Linger” and “Dreams.” A year later, they came out with the album No Need to Argue, containing their mega-hit single “Zombie.”

She would also go on to form the band D.A.R.K with Andy Rourke of The Smiths, recording one album called Science Agrees which was released in September of 2016.

The Cranberries reunited in 2009, and released their sixth album Roses in 2012. The band’s most recent work Something Else came out in April of last year. It features acoustic and orchestral versions of ten of the bands previously released tracks and three original songs.

Starting in May of 2017, the band had to cancel tour dates across North America and Europe because O’Riordan suffered from back problems. She also revealed that she had been diagnosed with bipolar disorder in 2015.

O’Riordan was married to Don Burton, ex-tour manager for Duran Duran, from 1994 until their divorce in 2014. They had three children: Taylor, Molly and Dakota, and they previously lived part-time in a cottage in Southern Ontario, where O’Riordan regularly returned to. She had recently been in Toronto over the holidays to spend time with her children, as indicated in her second-to-last social media post.

In the wake of the tragic news of O’Riordan’s passing, numerous musicians took to social media to express their condolences and pay their respects:

We are crushed to hear the news about the passing of Dolores O’Riordan. Our thoughts go out to her family at this terrible time. https://t.co/6p20QD2Ii5 pic.twitter.com/vXscj0VGHS

the cranberries were the only thing my whole family ever agreed on. RIP Dolores pic.twitter.com/ososLUdMYu

I’m really shocked that #DoloresORiordan has passed so suddenly
– I was talking to her a couple weeks before Christmas she seemed happy and well – we even spoke about maybe writing some songs together – unbelievable god bless her pic.twitter.com/Pk2QyAaaBw

Gutted to hear that Dolores O’Riordan of The Cranberries has died. One of my biggest and earliest influences. Your voice and songs were everything to me.