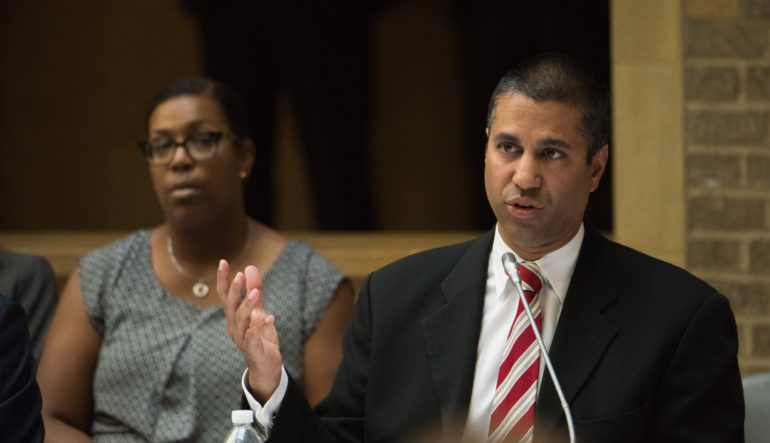 The U.S. Federal Communications Commission (FCC) said Hawaii didn’t have “reasonable safeguards or process controls in place” to prevent a false emergency alert like the one transmitted on Saturday in the island state, and that an investigation into the incident is underway.

The director of the FCC, Ajit Pai said, “we will focus on what steps need to be taken to prevent a similar incident from happening again,” in a statement issued Sunday.

“False alerts undermine public confidence in the alerting system and thus reduce their effectiveness during real emergencies,” he said.

The false ballistic missile warning — transmitted to cellphones, television sets and radios — sent people in Hawaii into a panic when it aired after 8 a.m. on Saturday.

The emergency alert (pictured below) sent to cellphones from the Hawaii Emergency Management Agency (HI-EMA) read: “BALLISTIC MISSILE THREAT INBOUND TO HAWAII. SEEK IMMEDIATE SHELTER. THIS IS NOT A DRILL.”

Thirty-eight minutes would pass before a second alert was issued correcting the threat as a mistake.

A screen capture from a Twitter account showing a missile warning for Hawaii, U.S., January 13, 2018 in this picture obtained from social media. Courtesy of TWITTER @wpugh/via REUTERS THIS IMAGE HAS BEEN SUPPLIED BY A THIRD PARTY. MANDATORY CREDIT. NO RESALES. NO ARCHIVES

HI-EMA has confirmed that the false alarm was caused by human error, involving an unnamed employee triggering the emergency alert after selecting the wrong option from a drop-down menu during a shift change. The employee has been temporarily reassigned.

In order to prevent future mistakes, a two-person activation rule for tests and actual incoming missile launch notifications has been implemented, the agency said.

HI-EMA also now has an immediate cancellation command that can be issued within seconds in case of error or mistake, they added.

Hawaiian Governor David Ige expressed his apologies for the incident on Saturday, saying the state would take steps to ensure it doesn’t happen again.

“On behalf of the State of Hawaii, I deeply apologize for this false alert that created stress, anxiety and fear of a crisis in our residents and guests,” he said in a statement.

Ige also addressed the current threat posed by the possibility of a real North Korean missile strike. “We must also do what we can to demand peace and a de-escalation of tensions with North Korea,” he added.

Today is a day most of us will never forget. A terrifying day when our worst nightmares appeared to become a reality. A day where we frantically grabbed what we could, tried to figure out how and where to shelter and protect ourselves and our ohana, said our “I love yous,”

The alert was issued amid recent tensions of nuclear war with North Korea which has been testing numerous intercontinental ballistic missiles (ICBMs), which it claims could reach parts of U.S. mainland.

Alaska and Hawaii are the closest U.S. targets for a North Korean missile strike, so the island state recently began preparing for a potential attack by reintroducing Cold War-era siren drills, and the state’s defense department even issued official instructions for what to do in case of a nuclear detonation.