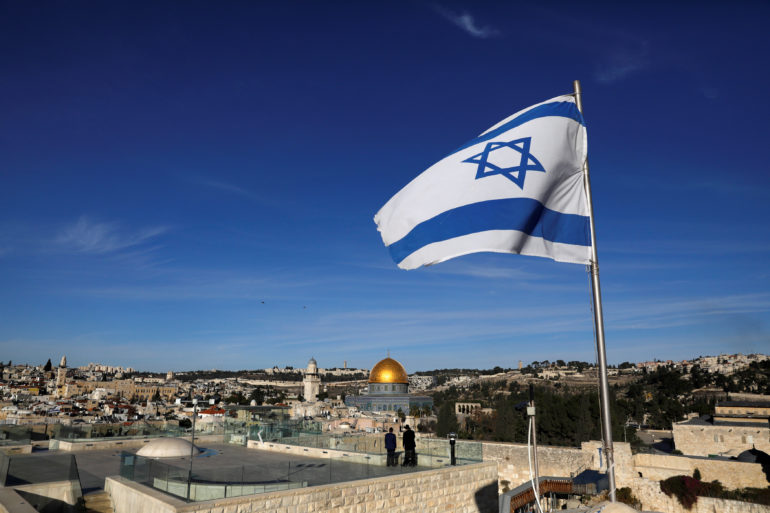 Jerusalem, a city that could be described as the heart of holiness in the Middle East is also the heart of a lot of political strife in the region.

Trump’s decision as to whether he will sign a waiver extending the Israeli embassy’s stay in Tel Aviv or move the embassy to Jerusalem is expected to come this week.

The move would fulfill a controversial promise made during Trump’s presidential campaign.

At a Sunday Saban Conference in Tel Aviv, White House senior advisor Jared Kushner stated that “[Trump] is still looking at a lot of different facts, and then when he makes his decision, he’ll be the one to want to tell you, not me.”

Israel captured Jerusalem and the West Bank from Jordan during the Six-Day War of 1967 and roughly 200,000 Jews have taken up settlements in the eastern part of the city. The UN recognizes these settlements, and many others, as illegal occupations.

The President of the Canadian Arab Federation, Nour El Kadri, does not foresee this potential change going over smoothly.

“This is very troubling news for Muslims around the world. People of Palestine want peace but are suffering under a brutal occupation and a move like this would just give more land to Israel,” El Kadri said. “Should the president go forward, this will be a disastrous move and likely cause more violence in the Middle East as well as other places in the world.”

Former Canadian ambassador to Israel, Jon Allen,  said the move would not be favorable from a foreign policy perspective.

“If they were to declare Jerusalem as Israel’s capital, the situation would get much worse,” Allen said. “It would signal the US moving away from their long held position that control of Jerusalem should be decided in negotiations between Palestine and Israel.”

Whether or not Trump will endorse Israel’s control over only West Jerusalem is a nuance according to Allen. “But it implies that East Jerusalem would be for Palestine which preempts negotiations. The current Israeli government seems unwilling to give up any land on this issue.”

When it comes to Canada’s role in the peace talks, El Kadri expects Prime Minister Trudeau to take a firm stance against the Trump administration.

“It would be critical for Canada to take a stance of helping to advance justice and peace and to firmly oppose this decision if they want to remain a broker of peace in the Middle East,” El Kadri said.

“It is likely Canada would react to the issue as being problematic, as many other nations who pay attention to this issue traditionally would,” Allen said.

Canada’s status as an impartial peace broker has been in serious jeopardy before.

Former Canadian Prime Minister Joe Clark walked off a political plank just two days after being elected in 1979 after declaring to uphold a commitment to recognize Jerusalem as Israel’s capital.

This sparked a feud between Arab nations and Canada and threatened Canada’s diplomatic role in the area and its oil interests. It was seen as the first major issue that lead to the eventual unravelling of Clark’s government.

“When Prime Minister Clark made a similar move in 1979 he quickly realized this was a big mistake. Like every president and prime minister who has made promises similar to these, it is not in the interest of world peace to do so,” El Kadri said.

“There was a lengthy study at the time that suggested moving the capital would harm chances at a peace deal and potentially cause dangerous situations like threats against foreign militaries,” Allen said.

“In the end we did not move our embassy to Jerusalem so our stance has not really changed over the years,” Allen said.

A nation’s leader suggesting Jerusalem becomes the Israeli capital is not a new notion. Many presidents, and prime ministers like Joe Clark, but this coming into reality is another story.

“During my time as ambassador only two nations were going to potentially move their embassies, but in the end they did not. So personally I have not seen any nation move their embassy to Jerusalem,” Allen said.