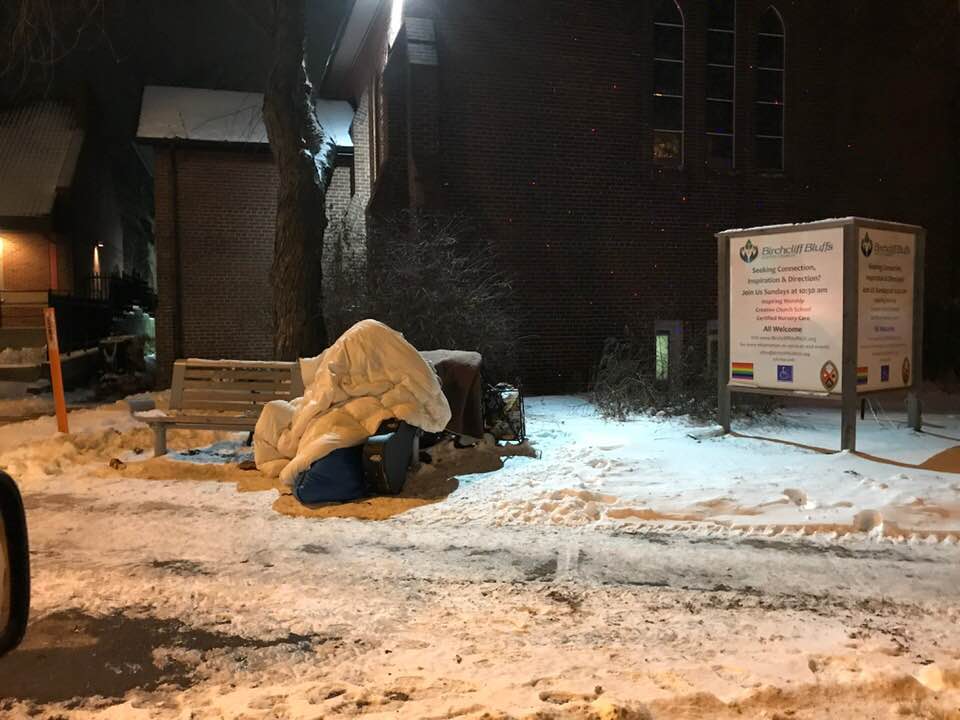 The City of Toronto is trying to help homeless people in light of the freezing cold temperatures that have hit the city.

The chief medical officer of Toronto has issued an extreme cold weather warning and forecasters are predicting temperatures to drop down to -10c overnight with a real feel closer to -20c, making public safety an issue of concern.

Public health officials warn residents to check the weather before heading out and to dress appropriately for the cold along with ensuring the availability of warm drinks and the importance of staying dry when outside.

The Evangel Hall Mission, is one of many homeless shelters that provide assistance by giving out sleeping bags, mittens and jackets. They also help the homeless find refuge at other shelters through peer programs and by providing alert lists released by the city of Toronto.

“We have partnered with the city of Toronto and other homeless shelters to rent out warming hubs which are open 24/7 and we provide food and shelter for the homeless in Toronto,” said Ainsley Chapman the Executive Director of the organization

Even with so many facilities being made available by the City of Toronto and several other homeless shelters and non-profit organizations, homeless people are still dying on Toronto streets at the rate almost two people per week.

Homeless shelters are generally overcrowded or unable to provide facilities to everyone who need them. And some homeless simply refuse to go to a shelter.

“Shelters can be stressful and dangerous for some people. It works very well for some people and not so much for others. The city is trying to respond to these issues along with non-profit organizations and other shelters,” said Chapman.

Groups and organizations should develop a plan for how to handle cold weather, according to the City of Toronto.

For more information and tips on fighting the cold, visit Evangel Hall Mission.