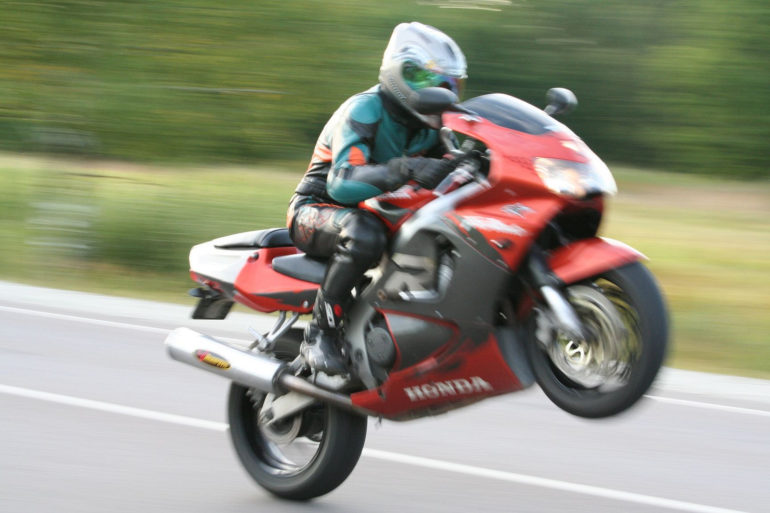 An individual riding their motorcycle on a street. (Allar Tammik)

A new study shows motorcyclists are three times more likely to get into an accident compared to automobile drivers.

The research was conducted by the University of Toronto with the help of Sunnybrook’s Health Sciences and the Institute for Clinical Evaluative Science. Their findings were published by the Canadian Medical Association.

The study first tracked adults from Ontario who went to hospital as a result of a motorcycle or car accident. Their research was conducted between 2007 and 2013.

Olga Brand’s son was killed in a motorcycle accident.

“There [isn’t] a day that goes by where I don’t think about my son getting on the seat of his bike for the last time and hoping he comes back to me,” Brand said. “Especially now that the holidays are just around the corner, it becomes harder and harder.”

She also expressed how difficult it was to read the researchers’ findings, especially with this year’s motorcycle death toll  hitting a 10-year high on Ontario roads.

“It’s scary to think that people are risking their lives every day riding their motorcycles around the city with no safety,” Brand said. “I really wish my son didn’t purchase that stupid bike because he possibly could’ve still been here with us.”

So far this year, there have been 38 motorcycle deaths in Ontario, as opposed to 36 last year.

Elias Gonzales, a long-time Toronto motorcyclist hasn’t stopped riding regardless of the findings in the study.

“I’ve been riding for 11 years and to be completely honest with you, this study I was made aware of doesn’t do much for me,” Gonzales said. “ I think the increase in fatalities is largely due to the increase in motorcycles on the road,” he said.

Gonzales also expressed how these fatalities have a lot to do with something that many people can’t stop looking at, their phones.

“There’s also a large number of distracted drivers and even riders actually that I’ve personally seen make the mistake of using their phones while driving,” Gonzales said. “Overall though, like I’ve told my concerned family and friends, I’ll never stop riding. That’s part of the risk.”