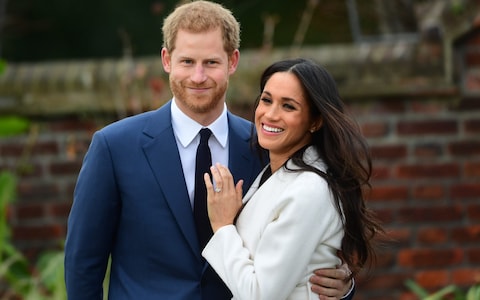 Prince Harry of England and American actress Meghan Markle have announced their engagement.

The news of the engagement sent the world into a frenzy of excitement.

The announcement came via The Clarence House, who primarily give updates about The Prince of Wales and The Duchess of Cornwall. Prince Harry popped the question earlier this month after going the traditional route and asking for the blessing of Markle’s parents.

Prince Charles, Prince of Wales, gave his own opinion on the engagement to cameras today.

“I hope they’ll be very happy indeed is all I can say. It’s marvelous,” Charles said.

He proposed with a ring designed by the Prince himself which included a number of diamonds from Princess Diana’s collection, according to CNN International.

Thomas Markle and Doria Ragland, the parents of Meghan Markle, published a statement via the Kensington Palace. They state that the newly engaged couple share a lot of the same qualities including being kind and loving to others.

“We wish them a lifetime of happiness and are very excited for their future together,” the statement said.

Ms. Markle is a global ambassador for World Vision Canada and has went to places such as Rwanda for their Clean Water Campaign.