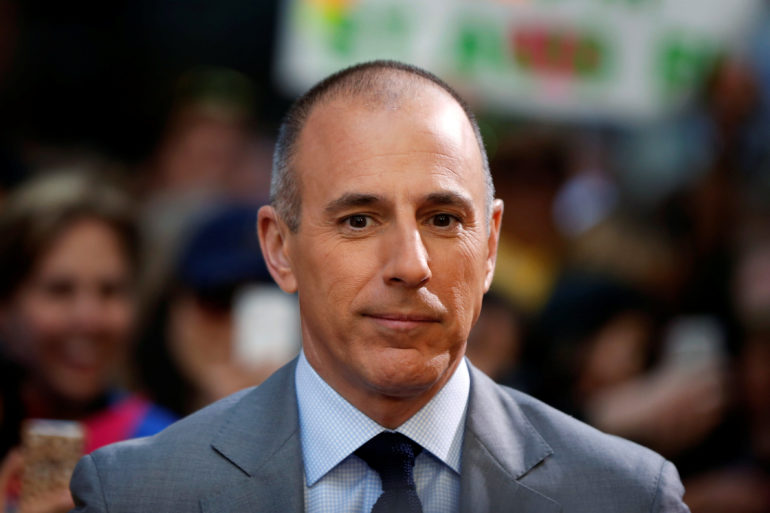 Former NBC ‘Today’ show co-host Matt Lauer said he is “truly sorry” for the pain he has caused after he was fired for sexual misconduct in the workplace.

Lauer wrote an apology in a statement he released Thursday.

“There are no words to describe my sorrow and regret for the pain I have caused others by words and actions. To the people I have hurt, I am truly sorry,” he said in the statement.

“As I am writing this I realize the depth of the damage and disappointment I have left behind at home and at NBC. Some of what is being said about me is untrue and mischaracterized, but there is enough truth in these stories to make me feel embarrassed and ashamed.”

I was really hoping Matt Lauer was going to be more honest with his apology. “I am truly, deeply sorry that I was caught. I genuinely thought I’d never face any consequences for my actions”

When women have been sexually assaulted, abused, and harassed it ruins something that is supposed to be beautiful , and it takes time to heal … so Matt Lauer your apology is respected but truly not enough

Sad about @MLauer great guy, highly skilled & empathetic w guests & a real gentleman to my family & me. News is a flirty business & it seems like current epidemic of #SexHarassmentAllegations may be criminalizing courtship & conflating it w predation. What about #GarrisonKeillor?

Lauer was fired Tuesday night after the network received a detailed complaint from an NBC staffer alleging that he sexually assaulted her at the 2014 Winter Olympics in Russia.

“This is not a good apology. The good apology takes clear and direct responsibility for specifically what one has said and done without a hint of evasion, minimization, obfuscation or undoing of any kind.”

In response to Lauer’s first line in his written statement, Lerner said, “A true apology names the behaviours he is sorry for, rather than apologizing for the harmed party’s feelings.”

Later in his apology, Lauer wrote “repairing the damage will take a lot of time and soul searching and I’m committed to beginning that effort. It is now my full time job.”

“What reparation does he plan to make? A true apology includes a reparation that fits the degree of harm,” Lerner said. “I would suggest that a good reparation might involve giving several million dollars to organizations that fight against, rape, and all manner of sexual harm to women.”

Calgary-based Psychologist Patrick Keelan told Humber News the apology would have been a more genuinely delivered message which conveys how sorry he was had Lauer delivered the apology verbally instead of in a written statement.

“Lauer’s behaviour of sexual misconduct has been going on for some time and he only apologized after he was exposed. Apologies have more impact if a person is apologizing without having to be prompted to do so,” Keelan said.

The psychologist said as far as apologies go, he still thought Lauer’s statement was better than most public apologies.

“He did refer to how sorry he was for the pain he caused the people he affected,” Keelan said. “But he also indicated some of what has been written in the media about his case was not true. That might detract from the apology, and I did think it was out of line to mention that.”

Lauer’s apology came after Variety published a piece that reported he had a button under his desk to lock the door from the inside, exposed himself to a female employee, and once gave a colleague a sex toy as a gift, along with an explicit note about how he wanted to use it on her.

The employee met with human resources at NBC on Monday night. NBC News Chairman Andy Lack called this the first complaint about his behavior in over 20 years and acknowledged that it may not be the last.

“We were also presented with reason to believe that this may not have been an isolated incident,” Lack said in the statement.

On Wednesday, NBC received at least two more complaints related to Lauer. One complaint came from a former employee who said he had summoned her to his office in 2001, locked the door and sexually assaulted her. She provided her account to The New York Times but declined to let her name be used.

She said she passed out and had to be taken to a nurse and Lauer had never spoken about the incident again.

‘Today’ co-host Savannah Guthrie made the announcement on the show Wednesday morning:

“I’m heartbroken for Matt because he is my dear, dear friend and my partner, and he has been loved by many, many people here,” she said.

“And I’m heartbroken for the brave colleague who came forward to tell her story and any other women who have their own stories to tell.”