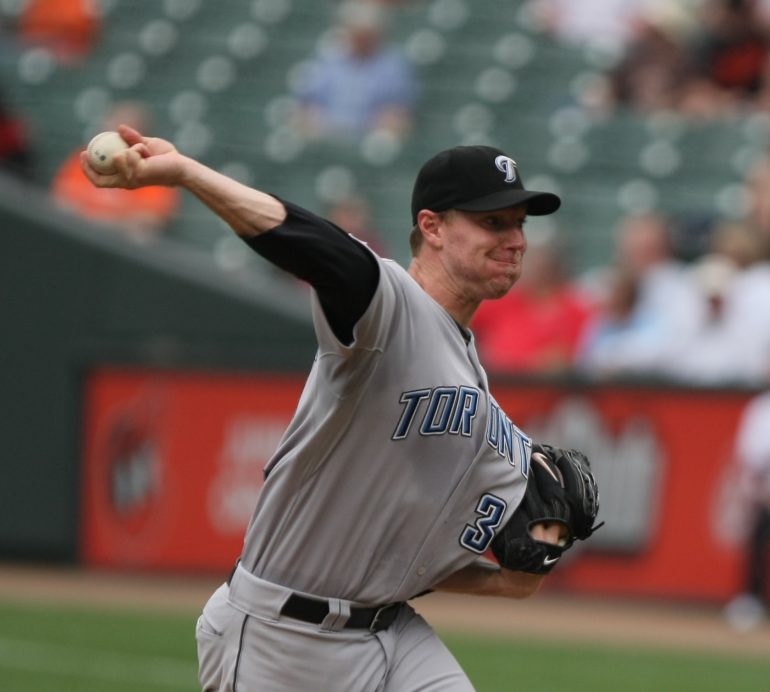 Roy Halladay, a former Toronto Blue Jays pitcher, fan favourite and six-time all-star with the team from 1998 to 2009, has died in a small plane crash. He was 40 years old.

At approximately 1:30 this afternoon, the Pasco County Sheriff’s Office issued a tweet that their water response and rescue unit was responding to a plane crashing in the Gulf of Mexico, about 10 miles off the coast of St. Petersburg, Fla.

The plane was registered to Halladay. Pasco County confirmed his death and there were no survivors.

Halladay finished with a record of 203 wins and 105 losses with a 3.38 earned run average over a 16 year career. Other career highlights include a pair of no-hitters while pitching with the Philadelphia Phillies, where he pitched from 2010-2013, and a Cy Young award, given to the best pitcher in each league, with both Toronto and Philadelphia.

Halladay was well-liked around the Toronto and Philadelphia communities. He was known to contribute to several charities around Toronto, including SickKids.

Reaction from the Blue Jays poured in immediately after hearing the news:

Statement from the Blue Jays organization on the tragic passing of Roy Halladay: pic.twitter.com/Ih8D0RQE9p

Doc, one of the greatest moments in my career was getting to catch you. RIP Doc. “Heroes get remembered, but legends never die”. ? https://t.co/GNmbQjSCzn

Halladay leaves behind his wife Brandy and their two children.