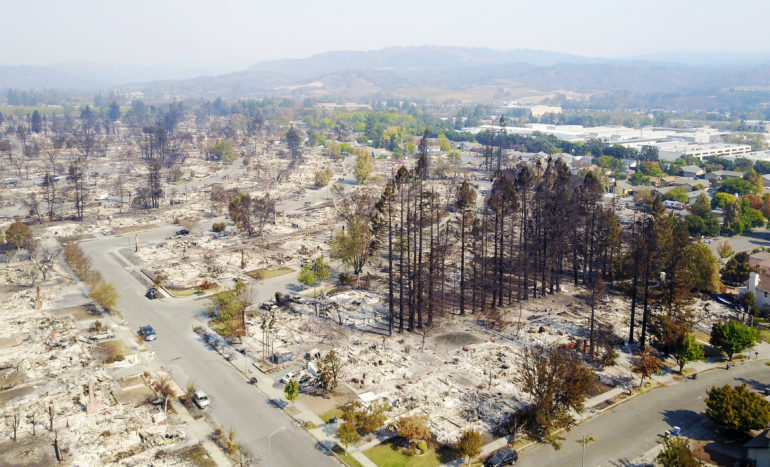 California’s wildfires are well on their way to becoming the deadliest in the state’s history. With gusts of wind hitting 72 kph, they show no signs of slowing down.

There are over 8,000 firefighters working across the state of California to contain the more than 170,000 acres engulfed in flames.

“Our firefighters are working around the clock to strengthen and build up those containment lines and they’ve really focused along those southern edges so that if those northern winds do come they are able to hold that fire and not have it burn back towards some of the communities,” Heather Williams, a spokesperson for Cal Fire told Humber News.

Hundreds of people statewide have been reported missing, and 24 have been confirmed dead with the hardest hit area being northern California.

More than 3,500 businesses and homes have been destroyed since the fires began on Sunday.

“The fires have been truly devastating for our community, and we extend our sincere condolences to those who have lost loved ones, and also those who have lost homes and businesses,” said Napa Valley Community Foundation President Terence Mulligan in a press release. “Unfortunately, with the fires still raging, it’s going to be days or weeks before we fully understand the extent of these losses.”

Since then, Governor Jerry Brown has declared a state of emergency.

“The circumstances of these fires by reason of their magnitude, are or are likely to be beyond the control of the services, personnel, equipment, and facilities of any single local government and require the combined forces of a mutual aid region or regions to combat,” the proclamation read.

Brown also said in a public statement that catastrophic wildfires like these will continue to ravage Northern California as the climate continues to warm.

Cal Fire posted a map detailing the widespread fires that have yet to be contained.

Williams said that there are over 60 different evacuation centres set up across the area, including schools, churches and fairgrounds.

“Even the Sonoma Raceway is picking up people with their RVs and allowing them to stay there,” she said.

She urged people who are wanting to protect their businesses and homes to not try and stay behind. She said this interferes with their firefight and they want to use their best efforts to protect them and others in their communities.

Mendocino, Napa and Sonoma have been hit with the most damage, with Sonoma alone reporting over 600 people missing since the fires first began. This area produces 85 per cent of all the wine in the US.

Although the majority of grapes have already been picked for the season, smoke damage will render the remaining grapes useless. As far as fire damage goes, that could take up to five years to recover from.

The National Weather Service issued a red flag for this weekend. This to alert fire departments of the onset, or possible onset, of critical weather and dry conditions that could lead to rapid or dramatic increases in wildfire activity.