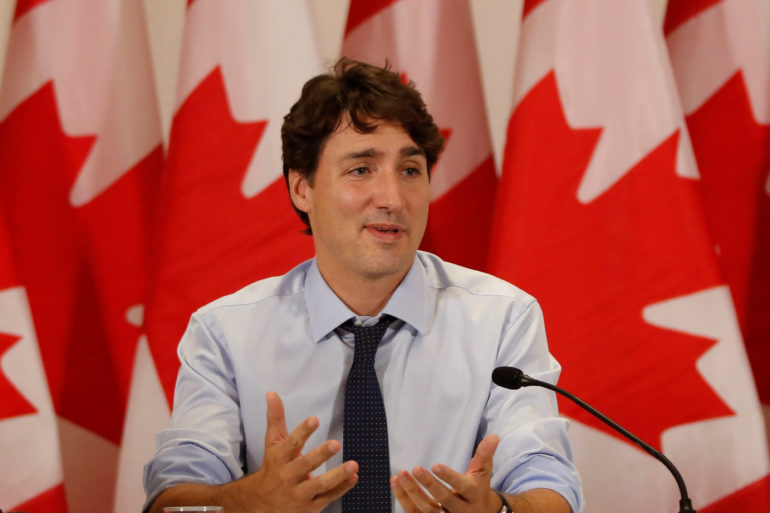 Prime Minister Justin Trudeau is making his first visit to Mexico today, where he and president Enrique Peña Nieto are expected to discuss the North American Free Trade Agreement (NAFTA).

NAFTA has been under fire in recent months after U.S. President Donald Trump made repeated calls to cancel the agreement. The president has called NAFTA the “worst trade deal in the history of the world.” Despite making that comment more than a year ago, Trump has yet to disband the deal.

Yesterday, Trump and Trudeau met at the White House and NAFTA was on the agenda.

In an effort to shore up support for free trade and solidify relations with Canada, President Nieto wrote an opinion piece published in the Globe and Mail.

“Canada and Mexico are going through one of the best moments of our relationship. The ties that link us, as well as the values and principles we share, make it stronger every day. This year, we celebrate 73 years of diplomatic relations, and we are witnessing a historical moment characterized by both countries’ political willingness to further strengthen our ties and deepen our strategic dialogue under a renewed perspective. The current regional context demands a revitalization of the co-operation that already exists between our countries.While Trump believes a possible termination of NAFTA wouldn’t hurt the U.S., not everyone is so sure,” Nieto wrote.

While Trump has his concerns, Arturo Sarukhan, who served as Mexican ambassador to the United States from January 2007 to 2013, said that renegotiating NAFTA could do more harm than good.

“If NAFTA collapses, it will hurt the three countries, not just Mexico,” Sarukhan told Humber News. “The U.S. has as much to lose as Mexico or Canada. If you consider Mexico and the United States exports $1.4 billion a day of goods across the border each day.

“The (U.S.) president, who has been known to be teflon-coated to hard data and facts, believes this has been a bad deal for America. This doesn’t mean it won’t be all peachy and rosey.

Sarukhan said that while negotiating NAFTA wouldn’t necessarily be a bad thing for the three countries, there needs to be a replacement trade deal in place.

“You should never let a good crisis go to waste,” Sarukhan said. “The crisis that Trump has detonated by forcing the renegotiation of NAFTA is that we could end up with a truly 21st-century modernized North American trading mechanism that could ensure that the 21st-century is the North American century.”

Trudeau is scheduled to hold a joint press conference with the Mexican president later tonight before attending a dinner hosted by Nieto.