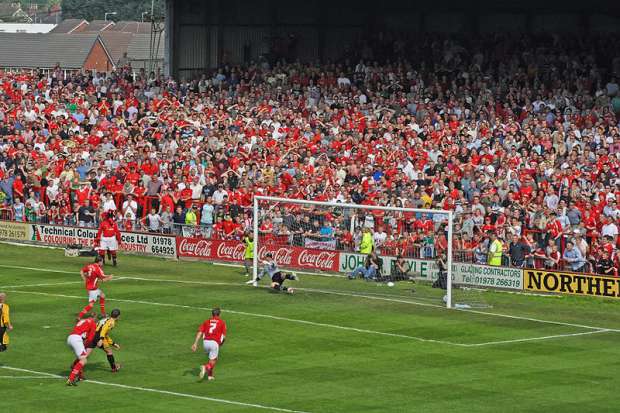 You can almost hear the sound of cowbells, kazoos and enthusiastic fans clapping and chanting.

A “united” bid for the 2026 FIFA World Cup is being considered, and it could see Toronto as a potential host city. Canada, Mexico and the United States are putting forward a proposal that would see the three countries share hosting duties of the World Cup.

Humber News reached out to FIFA for a comment, but said they couldn’t speak on a host city while a bid is being considered.

The Canada Soccer Association said in a release that Canada has “proven itself to be a soccer nation” and that hosting the world would show Canada’s wonderful hospitality.

“Having hosted every FIFA competition other than the FIFA World Cup, Canada has built a strong foundation across the country from which we can now draw on as a member of the United 2026 bid,” president Steven Reed, a board member for the bid, said in a statement.

Bob Richardson, a board member for the Canada Soccer Association, also helped put together the successful bid that brought the Pan-Am Games to Toronto. He said there are number of key things that go into being successful.

“Putting together a bid that reflects the times is important,” Richardson said. “Doing one where most of the infrastructure is built and in countries that are safe and solid countries from a financial perspective is helpful for a 2026 bid.”

Richardson said getting the World Cup to Toronto would be a big boost to the economy.

“There will also be an economic benefit and spinoff to hosting the World Cup games themselves. The difference between hosting the World Cup and the Olympics or Pan-Am is that you’re not building a village. Your security requirements are significantly different. It’s a lot more economical.”

Despite the assumption by many that hosting the games could cost a lot of money, the pros outweigh the cons according to Richardson.

“I just think it’s a great opportunity to host the world. The amount of press you would get is phenomenal. The downsides economically that people are concerned about for other sporting events are much more limited in this case because we’re using existing facilities. This one would be a great win-win.”

Possibly the biggest benefit to a Canadian city hosting the World Cup would be automatically qualifying for the tournament as the hosting city, something the country only did once in 1984.

“My understanding is that all three host countries would automatically qualify. Obviously Mexico and the U.S. probably would qualify anyways. Canada’s in a tough division. We haven’t been there in the men’s side, but all three countries would receive automatic qualifications,” Richardson said.