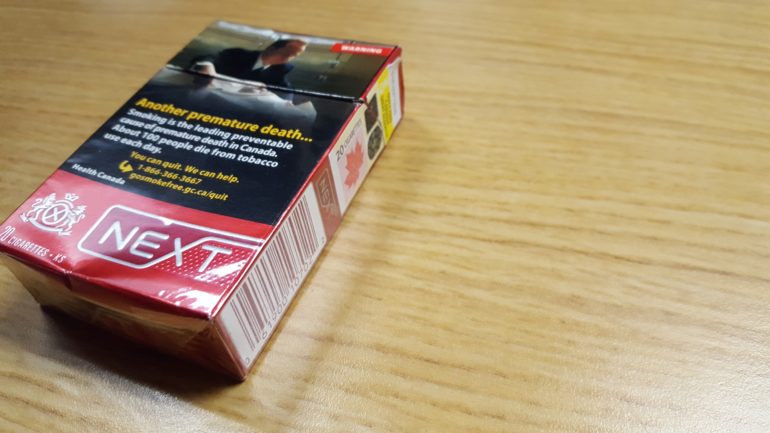 It seems while smoking rates have dropped in the past 20 years, the costs are still staggering.

The Conference Board of Canada released a study Monday, suggesting that 45,400 Canadians died from results of smoking in 2012. The Canadian economy footed a bill at a cost of over $16 billion.

University of Toronto Associate professor Paul Grootendorst said the price tag is a scary one.

“The 40,000-plus affected by long and short term disability is almost one per cent,” Grootendorst said. “It’s not a big number, but for one year, one per cent of all man hours lost at work as a result of smoking is kind of scary.”

In 2015, the rate of smoking was 18 per cent of the Canadian population. Grootendorst suggests other methods to try and get others off of smoking.

“One thing that has worked in the U.S. is to give [people] a tongue test to measure the creatine content on their tongue,” said Grootendorst. “It’s possible that maybe people would stop if they had to pay higher insurance rates, as well”.

A brief infographic displaying some of the statistics related to the study is listed at the link below.