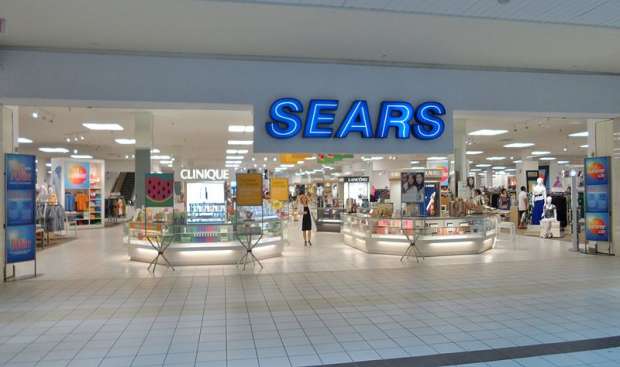 Sears Canada is closing its doors after more than 64 years of business.

Sears Canada will pay a final $2.8 million in retention bonuses to head office staff, even after receiving court approval to close all its remaining stores across the country.

Sears, initially called Simpsons-Sears, opened its first store in Stratford, Ont., and then went on to become an iconic and dominant Canadian department store for more than 64 years.

The retailer is closing its doors after failing to find a viable solution to allow it to continue to stay in business.

Retention bonuses were only supposed to be paid out to staff if Sears found a way to keep its doors open. However, the company received court approval on Wednesday to continue paying bonuses to 36 key staff, including executives and managers who will now guide the company through the liquidation process.

Sears announced in a press release today that a joint venture group will be operating liquidation sales at the remaining Sears Canada department stores and home stores. This announcement comes after Sears Canada obtained an Order from the Ontario Superior Court of Justice on Tuesday to liquidate 82 Stores.

Jeff Roster, vice-president of Retail Strategy at IHL Group, a research and advisory firm specializing in technologies for the retail and hospitality industries, said everything could’ve been done better in the retailer’s restructuring efforts.

“The concept of a mall is outdated. Retailers move out into smaller venue stores because they’re not relevant anymore,” he said.

“For example, apparel and cosmetics have moved from department stores to individual shops like Sephora. If the retailer is out of touch with today’s trends, they’re not relevant to their core demographic.”

A spokesperson for the joint venture group said in a press release today, “We encourage consumers to shop early to take advantage of the best selection of products and great savings available throughout the stores while supplies last.”

Sears Canada and certain of its subsidiaries were granted an Initial Order and protection under the CCAA in June.

The retailer will end up paying up to $6.5 million in bonus payments in total to head office staff from the time it filed for insolvency in June until it closes for good.

According to court documents, the 36 staff members receiving the extra cash are considered “essential” to Sears’ performance in helping wind down its operations.

In the meantime, more than 16,000 employees have recently lost or will soon lose their jobs without receiving any severance, and many of them will likely collect reduced pensions.

Former Sears employees can apply for money from a hardship fund created in August.

Company chairman Brandon Stranzl donated the fund’s entire amount of $500,000. The money came from the retention bonus he received before he stepped down from his job this week.

Sears employees have voiced complaints that the hardship fund contains too little cash and that whatever money a laid-off employee gets is due to Canada’s employment insurance rules.