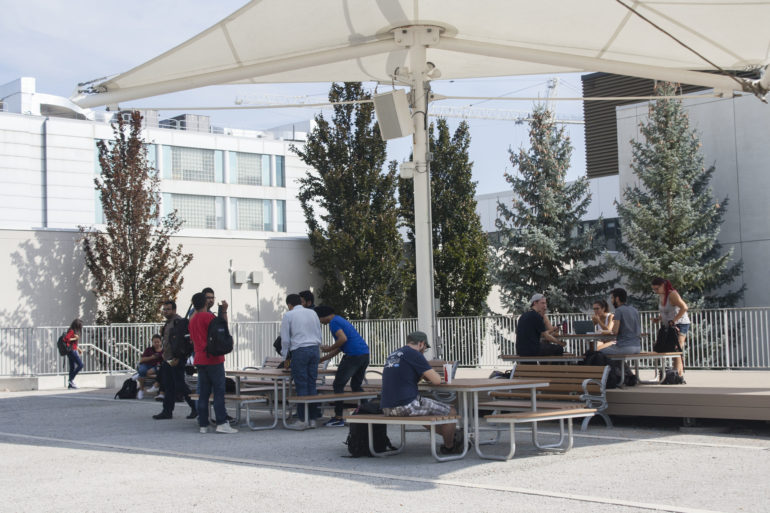 Students at Humber College enjoying the beautiful weather, but stay in shade to stay cool.

With a record-setting weekend of high temperatures in the GTA, outerwear will have to stay in closets for just a little longer.

The City of Toronto has issued an extended heat warning and the city has opened and suggested cooling centers for those who do not have air conditioning.

Environment Canada says the heat will reach the low 30s on Monday and Tuesday, with humidex values nearing 40.

However, things will start to cool down on Thursday.

According to 680 NEWS meteorologist Jill Taylor, it will be hot on Wednesday, but a cold front will bring cooler temperatures for the rest of the week.

Statistics from Weather Stats as well as Environment and Climate Change Canada show yesterday was the hottest day within the past three months on average.

“While it will be hot and humid [Monday] we’d have to surpass 33.8 C to break record for today. We are more likely to break records for Tuesday and Wednesday,” Taylor said.

Below is an chart of the fluctuating temperatures in Toronto between 2012 and September 2017.