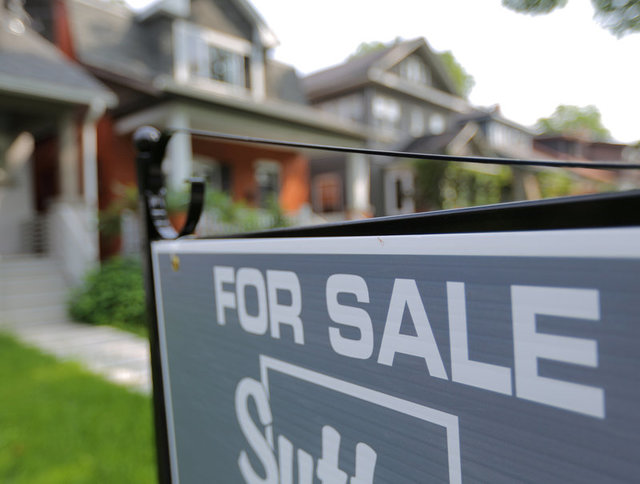 Toronto millennials still living with their parents may not want to jump ship just yet.

Toronto’s housing market may be cooling down as of recently, but not before being named the most over-valued city in the world.

While talks of a “housing bubble” have been looming over the city for years, the latest report by the UBS Global Real Estate Bubble Index shows that housing prices have risen drastically over the past year. With this trend comes the fear of a continuous increase in prices, sucking first-time buyers into shopping before things get too hot.

The problem with that is that if the market does not calm down soon, and interest rates continue to spike, people will find themselves in unmanageable debt.

“A lot of people that bought houses in the last year overpaid,” said Toronto-based real estate agent Alex Pantalone. “God forbid if their interest rate rises they’re going to be at risk where they won’t be able to afford their mortgage payments.”

Bank of Montreal Chief Economist Douglas Porter gave his definition of what the bubble really is in a report published in February.

“Let’s drop the pretense. The Toronto housing market — and the many cities surrounding it — are in a housing bubble,” Porter said in the report.

“Everyone may have a slightly different definition of what a bubble is, but most can agree it’s when prices become dangerously detached from economic fundamentals and start rising strongly simply because people believe they will keep rising strongly, encouraging more buying,” he said.

However, there is always the possibility of the bubble bursting, which could pose a problem for those who purchased while the market was hot with the intent to sell. Conversely, this would benefit first-time buyers who are financially stable enough to maintain the potential rise in interest.

“Getting a mortgage isn’t getting easier,” Pantalone said. “My advice to anyone looking to purchase a home now, or in the coming years, is save your money, build your credit rating and have secure employment.”