Hugh Hefner: Founder of the Playboy empire, dead at 91 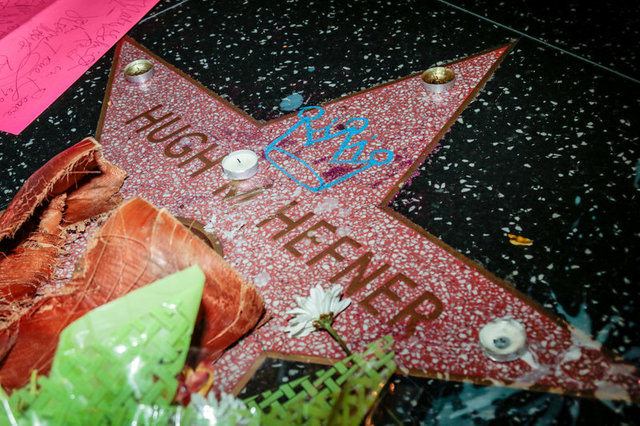 Probably best known for founding a little publication called “Playboy,” Hugh Hefner made quite the name for himself over his 64-year stint as a real life, well, playboy.

At the ripe age of 91, Hugh Hefner passed away Wednesday at his Beverly Hills-area home, the Playboy Mansion.

“My father lived an exceptional and impactful life as a media and cultural pioneer and a leading voice behind some of the most significant social and cultural movements of our time in advocating free speech, civil rights and sexual freedom,” he said. “He will be greatly missed by many.”

Loved and loathed equally, there is no arguing that the magazine mogul showed the world that sex really does sell. And once you look past the pages and pages of naked women, Playboy featured  in-depth articles, literature and interviews.

And yes, the man allegedly decided that hearing was not as important as maintaining a sexual appetite, a fact that deserves an article of its own.

The iconic Hugh Hefner passed away yesterday. The Playboy mansion will never be the same. 👯 https://t.co/2jh7kau9Xc pic.twitter.com/swKBfEOE4Y

With $200 and a dream, Hugh Marston Hefner purchased a series of nude photos of Marilyn Monroe that were originally shot for a 1949 calendar. Those photos would go on to be featured in the first edition of Playboy.

The magazine was highly touted by many as a vehicle that sparked a sexual revolution. Others saw Hefner and his publication as a swift slap in the face of women and the rights they were still fighting for at the time.

So was Hefner a pioneer, or was he just a dirty old man in silk pajamas?

That all depends on who you ask.

Feminist journalist, Gloria Steinem, most famously countered Hefner’s high praise in her two-part essay for Show Magazine titled “A Bunny’s Tale.” The essay was written as a diary, reflecting on Steinem’s time spent undercover as a “bunny,” in the Playboy Club in New York.

Steinem would also go on to to mention other egregious statements made in the Playboy Club, among those, referring to black women working there as “chocolate bunnies.” There was also a demerit point system in place, and for each folly – messy hair, chewing gum, not following orders – demerit points would be taken away, with each demerit point being worth $2.50.

For others, Hugh Hefner was simply ahead of his time. Hailed as a supporter of gay rights and racial integration, Hef was a trailblazer in the eyes of many.

RIP to the legendary Hugh Hefner! I’m so honored to have been a part of the Playboy team! You will be greatly missed! Love you Hef! Xoxo

Hugh Hefner’s definition of obscenity:
“Racism, war, bigotry, but sex itself, no. What a sad cold world this would be if we weren’t sexual beings…I mean, that’s the heart of who we are.”

Hugh Hefner was a strong supporter of the civil rights movement. We shall never forget him. May he Rest In Peace. pic.twitter.com/oL3lKLZRQ5

Playboy was more than just a magazine you’d find under your teenage son’s mattress. Playboy magazine was a mecca for those looking for a progressive read, with contributions from Norman Mailer, Kingsley Amis, Kurt Vonnegut, Margaret Atwood, Hunter S. Thompson and many others.

And now, as per the wish of this real life Jay Gatsby, Hefner will be laid to rest next to the woman it all started with – Marilyn Monroe.