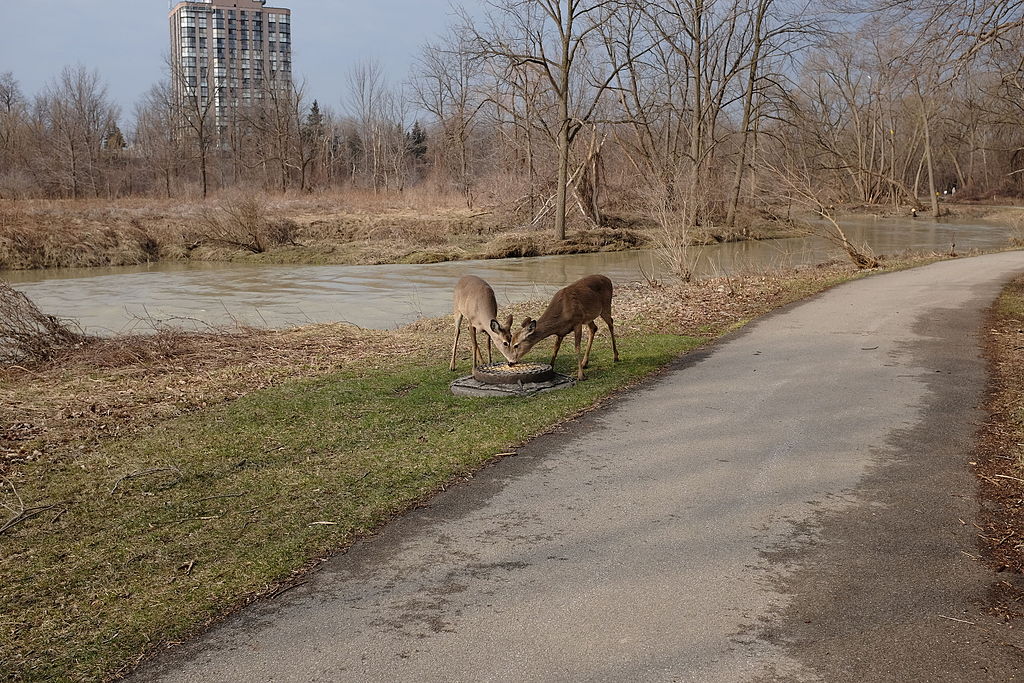 Epizootic Hemorrhagic Disease (EHD), a fatal virus in white-tailed deer, has been detected in Ontario for the first time.

The disease, which is no danger to humans, has killed at least two deer in London.

“The first two deer that have been diagnosed with it in Ontario came into us at the Canadian Wildlife Health Cooperative on September 7,” said Dr. Nicole Nemeth, assistant professor of pathobiology at the University of Guelph.

Deer infected with the disease tend to become unafraid of people and unresponsive among symptoms of fever and over-salivation. In extreme cases, the deer leak blood.

“It’s not a neurologic disease [like rabies.] It’s a virus that’s targeting their blood vessels,” she said. “It’s a whole systemic disease. They’re having hemorrhages all over their bodies where they’re leaking blood.”

The Ontario Ministry of Natural Resources and Forestry said the disease, which is more common in the Southern U.S., has crept up to Ontario because midges, a small biting bug that transmits the disease, have been windblown north.

“One way would be the fact that midges, the insect that spreads the disease, get caught up in wind gusts,” Jolanta Kowalski, a spokesperson for the ministry said. “They can migrate further north. It’s not the first time it’s shown up in Canada. They’ve been in some of the northern states like Michigan and Ohio for years. It’s around. It’s just the first case recorded in Ontario.”

Nemeth says while wind gusts could be to blame for the virus finding its way up north, there may be another reason.

“The areas it’s been detected in has slowly moved north over the last 25 or so years it’s been studied. It’s probably been facilitated by global warming and the temperatures that are conducive to these biting midges. This year there has been a significant outbreak of this virus in the U.S. It’s a multi-state outbreak of this particular virus,” she said.

Most of the dead deer tend to be found near lakes and rivers because they submerse themselves in water to cool down their body temperatures and end up drowning.

The Humber Arboretum is home to many deer in its ecosystem, but Marilyn Campbell, the communications assistant for the Arb insists all its deer are healthy.

“We haven’t seen signs of EHD or any other illness in the deer we encounter on site; there were new fawns born this spring; and the adult deer are showing a robust appetite as they snack on the flowers in the garden,” Campbell said in an email.

As hunting season begins to ramp up, the ministry urges anyone who encounters what they believe to be a deer with EHD to call the Canadian Wildlife Health Cooperative.

“Hunters should always practice good carcass handling and processing activities,” Kowalski said. “They’re going to be our eyes on the ground to find out what’s been happening.”