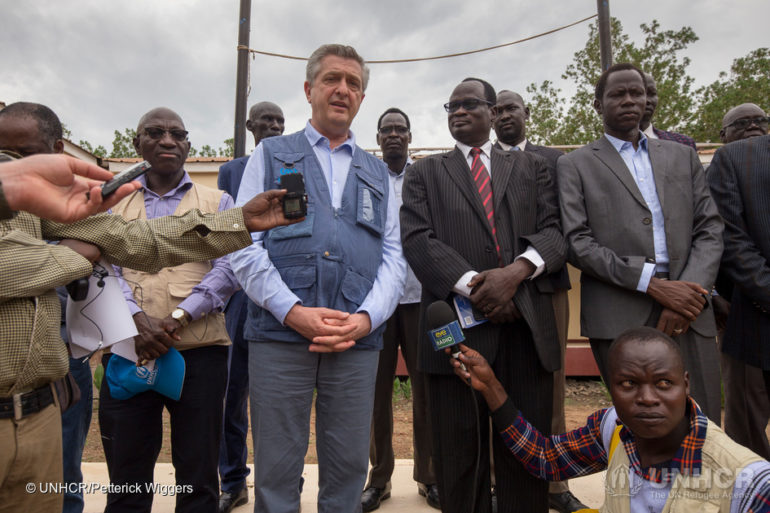 The United Nations Refugee Agency released a report today to mark World Refugee Day, suggesting the international community should brace itself for South Sudan to become the next Syria.

According to the report, more than 1.8 million people are currently displaced in South Sudan and of those, two-thirds were children under the age of five.

“We have to do better for these people. For a world in conflict, what is needed is determination and courage, not fear,” said UN high commissioner for refugees, Filippo Grandi, in a statement from a recent trip to the area.

Displaced people from the Sudanese region in 2016 (UNHCR).

A brief version of the U.N. report is available here.

A majority of the top ten asylum countries are developing countries, with the exception of Germany, which provided asylum to more than half-a-million refugees.

According to the UN report, developing countries host 86 per cent of the world’s refugees.

Meanwhile, those hoping to land in Canada may have better luck pursuing private sponsorship instead of government assisted relief.

According to the Canadian Council for Refugees, the 2017 target for government assisted claims is 7,500, whereas the target for privately sponsored claims is 16,000.

“One of the biggest challenges for refugees is the waiting, while they wait, sometimes for years, to have their application accepted by the Canadian government, they have to stay in the same place. That is a limiting scenario to be in, especially when you’re unsure how long you have to live that way,” said Zoe Loyst of the Christie Refugee Centre in Toronto.

Loyst worries about the tens of thousands of people already on Canada’s pending application list as the conflict and displacement in South Sudan increases.

“The international community, especially North American countries, have a tendency to provide funding and asylum after the crises has already gone too far. Forward thinking for refugee crises is not adequate,” said Loyst.

In 2015, Samir Youssef, 42, was granted asylum in Canada through private sponsorship, fleeing Syria with his family.

“We had been waiting in different camps for three-years, and when they called me into the tell me a church group accepted us, I told them this must be a mistake, this could not be real,” said Youssef. Youssef’s son, Sam translated for him.

South Sudan is the largest growing refugee conference in the world.

On Monday, the federal government announced $86 million to fund projects addressing basic needs in South Sudan, including the creation of the Famine Relief Fund which will match dollar-for-dollar donations to Canadian charities fighting the food crisis.