Toronto police and their campaign to protect cyclists 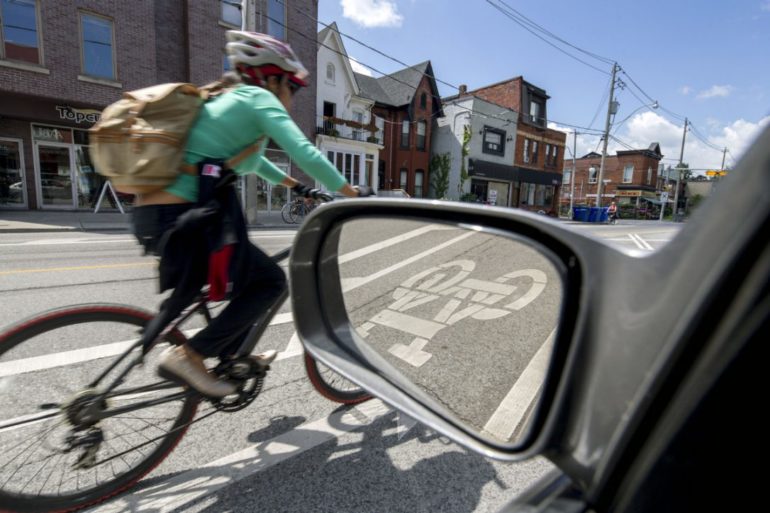 A car ends up in the bicycle lane in downtown Toronto (Courtesy: Toronto Star).

Toronto Police spent June focussed on the contentious relationship between cars and cyclists with a new campaign aimed at protecting commuters on two wheels.

Cycle safety is coming up more often in the Toronto Police Service’s agenda and signifies an increasing trend towards a more cycle conscious Toronto.

According to a study carried about by the advocacy group CycleTO, dooring incidents in Toronto are on the rise, with 516 incident reported to police in 2016.

Vehicle collisions with cyclists are also up, with more than 3,500 reported in 2016.

Ashley has a popular twitter account where he calls out people disregarding cycling laws and he’s become a local cycle superhero.

As someone who frequently handles road infractions, Officer Ashley’s biggest message for all road users was to be thoughtful.

Right now, the City of Toronto is facing major decisions about cycling infrastructure and changes to traditional transportation methods.

One of the city’s main streets, Bloor, is hosting a bicycle lane pilot project in the downtown west area.

Just weeks ago a five-year-old child was hit and killed by a vehicle after steering off an unprotected bike lane and onto Lakeshore Boulevard.