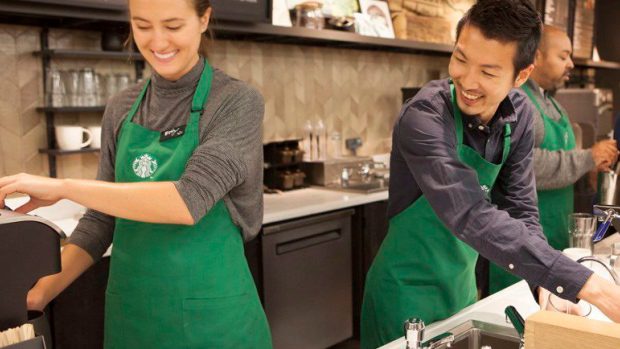 Ontario’s Changing Workplaces Review released Tuesday offers 173 recommendations, among them is higher wage for part-time workers, servers and youth under 18.

Missing from the policy was a highly anticipated increase of the minimum wage to $15 and benefits for part-time workers.

One of the most significant recommendations asks employers to pay part-time staff the same hourly wage that full-time staff receive. The report stated the reason for lower part-time wages was the idea those workers are less skilled, an assumption the report condemns as irrelevant.

“When I became a student again and went to part-time hours I definitely started making less than half [an hour] than I did full-time” said Rebecca Juhas, 24, who works in retail and is pursuing a masters degree at the University of Toronto.

The unintended consequence of lower part-time wage is a resulting gender wage disparity, approximately 75 per cent of the part time work force is female.

That demographic is also true for liquor servers, leading to the recommendation that server’s minimum wage is phased out.

Some representatives of the industry aren’t sure this policy will be effective and worry it will hurt other restaurant staff instead.

“It’s known in the industry that if you support an increase for servers, people like kitchen cooks and support staff will experience a strain,” said Tony Elenis, president of the Ontario Restaurant Hotel and Motel Association. “It pressures owners to increase servers’ wages but not look after other employees who make just more than minimum wage.”

The review suggests server wages “institutionalizes dependency on tips” and “may put servers in a position they feel pressure to tolerate sexual harassment or other harassment.”

Elenis said if the government is concerned about servers tolerating sexual harassment for tips, they should end the gratuity system all together.

“I cannot correlate the two [sexual harassment tolerance and tips] but unless you take the gratuity system away completely, which they aren’t recommending, you won’t necessarily see a resolution,” Elenis said.

The Changing Workplaces report does consider this complaint, but says there was no evidence showing paying servers less allows restaurants to compensate other staff more.

The current Employment Act was passed in 2000 and the make up of Ontario’s workforce has changed a lot since then.

Unifor, which represents 154,000 Ontario workers, provided 43 recommendations for the report and is disappointed there’s no support for an increased minimum wage or paid sick days.

Ontario Minister of Labour Kevin Flynn stated Tuesday morning it’s clear that responsible change is necessary and the government will announce its formal response in the next week.