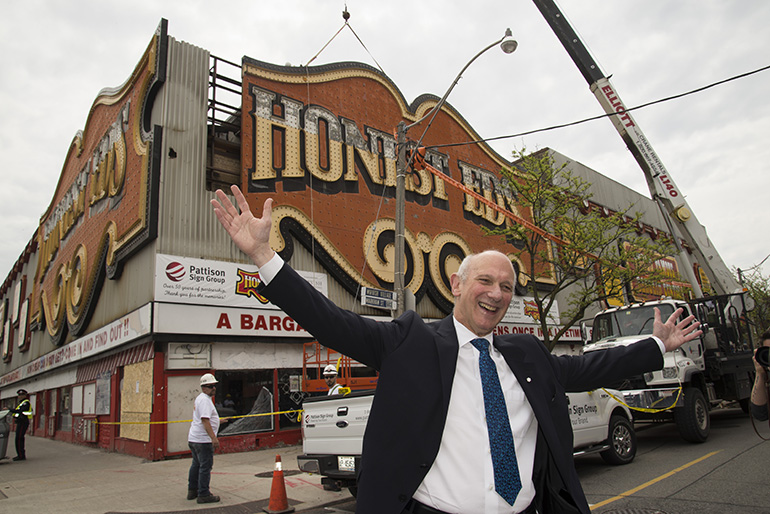 By: Brandon Choghri and Adam Bernards

It’s the end of an era for one of Toronto’s most famous landmarks. The Honest Ed’s sign, which has lit up the corner of Bloor and Bathurst since 1984, is being dismantled and taken down.

The sign is being removed in nine pieces in a process that began yesterday and will continue today before heading to a refurbishing centre in Orillia, Ont. Following the restoration process, the sign will be relocated to the Victoria Street entrance of the Ed Mirvish Theatre, pending city  approval.

The historic event drew in a crowd of Torontonians that packed the bustling intersection who came by to say farewell to the unforgettable sign yesterday morning. Among those in attendance were Honest Ed’s son David Mirvish, the Pattison Sign Group who erected the sign over 30 years ago, and people who have fond memories of the iconic piece of Toronto history.

Bob Zincone of the Pattison Sign Group says that although the restoration process should only take a few weeks, the sign will not be installed on the Ed Mirvish Theatre until early next year.