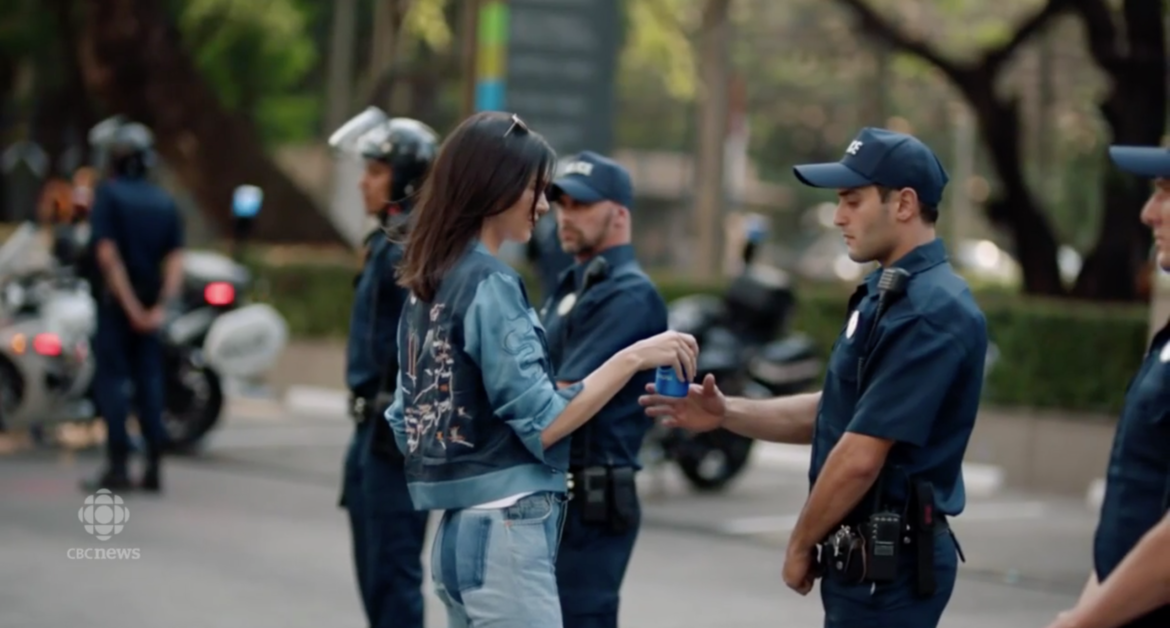 Pepsi may be in hot water for their recent ad starring Kendall Jenner—which has since been pulled—but it isn’t the first time big brands have gotten flack for their commercials.

The ad was posted to Facebook and was geographically targeted to Middle Eastern followers.

German skin-care brand Nivea was criticized for their “white is purity” deodorant ad this week for being “racially insensitive”. The advert was posted to Facebook, aimed at its followers in the Middle East. They pulled the ad Wednesday.

A supermarket in the UK was also the butt of some criticism this week for its fair-trade eggs. The ad read “Be a good egg. Treat your daughter for doing the washing up.” People grew angry about the ad, calling it sexist, as the ad implies that washing up is for women, not men. They apologized and released a statement saying “We are proud of our organisation’s equality and diversity, we are sorry.”
These three ads have taken their places as newcomers to the history of controversial advertising, among a few others from recent memory.

This Snickers TV advertisement shows Mr. T as his character BA Baracas from The A-Team. In the 2008 commercial, Mr. T is shown chasing down a man who is power-walking, yelling “You are a disgrace to the man race. It’s time to run like a real man.” It was pulled after it was accused of being homophobic.

Popchips was heavily-criticized for a 2012 advert, starring Ashton Kutcher. The actor, while covered in brown makeup, played a Bollywood producer looking for love on a fake dating show. The ad was met by the public with fierce opposition and accusations of racism. Popchips promptly removed the ad and issued an apology, while issuing a statement.

“The new Popchips worldwide dating video and ad campaign featuring four characters was created to provoke a few laughs and was never intended to stereotype or offend anyone,” the statement said. “At Popchips we embrace all types of shapes, flavors and colors, and appreciate all snackers, no matter their race or ethnicity. We hope people can enjoy this in the spirit it was intended.”

In April 2013, Hyundai released an ad which shows a man attempting suicide. He feeds a pipe into his new Hyundai car, closes his garage and turns his engine on. After sitting in his car for hours, he gets frustrated that it’s not working and leaves. It’s then revealed that this new car has “100% water emissions”. The Internet was unhappy with the ad, prompting Hyundai to release an apology.

“We understand that some people may have found the IX35 video offensive,” Hyundai said in a statement. “We are very sorry if we have offended anyone. We have taken the video down and have no intention of using it in any of our advertising or marketing.”