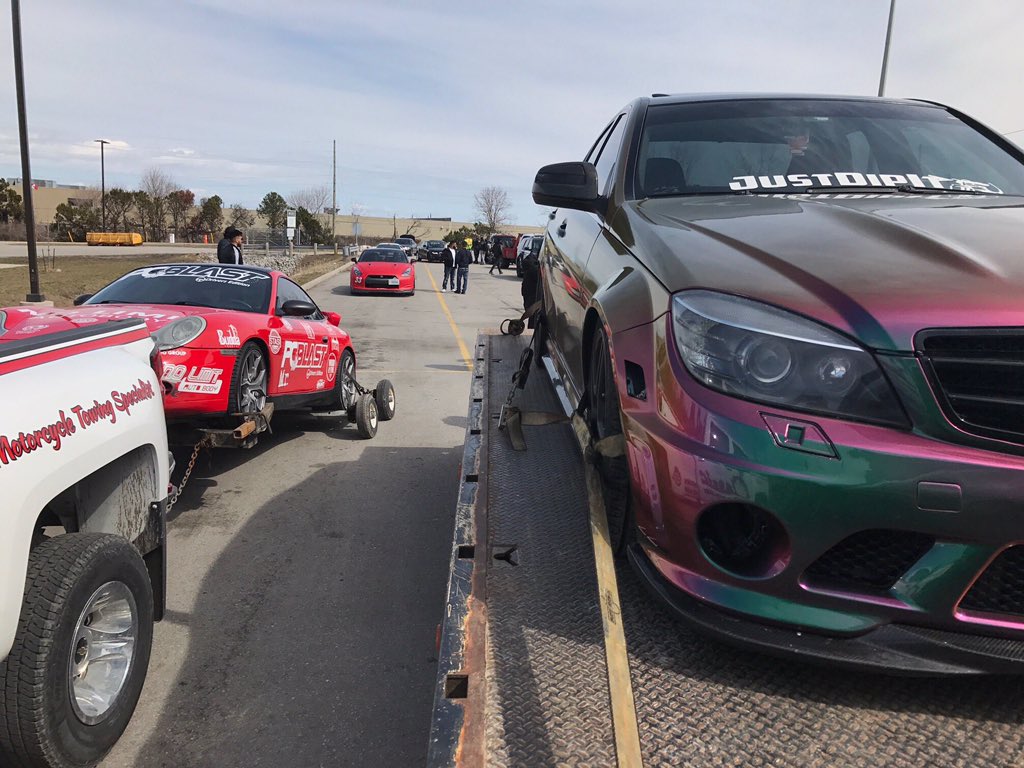 The OPP have charged a dozen people after a stunt driving incident in Barrie on Sunday. More than twenty luxury vehicles were traveling erratically, swerving in and out of traffic, in the highway 400.

Police say the vehicles were traveling over 150km/h, with some reports saying they were driving on the shoulder. The OPP blocked off the northbound lanes and led the twelve cars to an ONRoute.  Sgt. Kerry Schmidt tweeted that the drivers had their licenses suspended for seven days and their cars impounded for a week.

Among the luxury cars were a Lamborghini, Rolls Royce, and Porsche.

The drivers were involved in a club called North Face Rally, which is described as “Supercars and super people on the most extreme car enthusiast rally for the north.”

“This kind of driving behavior…aggressive driving out on our highways is unacceptable. And we will take your vehicles, we will suspend them and impound them for seven days,” Schmidt said during a Twitter Periscope on his way to the impound lot in Barrie.

But Amedeo DiCarlo, a lawyer for the North Face Rally, told CP24 that the police behaved “aggressively” toward the drivers.

“They did get intercepted at the wrong place at the wrong time,” said DiCarlo. “I think what had happened is that some witnesses had called in about cars driving fast. I mean if you’re driving on the 400 doing 80km/h and somebody passes by doing 110 and you see it’s a Lamborgini or Ferrari, right away ‘oh that guy’s speeding'”

Officer Schmidt said they are still in the process of investigating, and there may be criminal charges laid on the drivers who were already charged with stunt driving. No injuries have been reported, and a court hearing is expected for June.

Police encourage anyone with information or dash-cam footage to contact Aurora OPP.