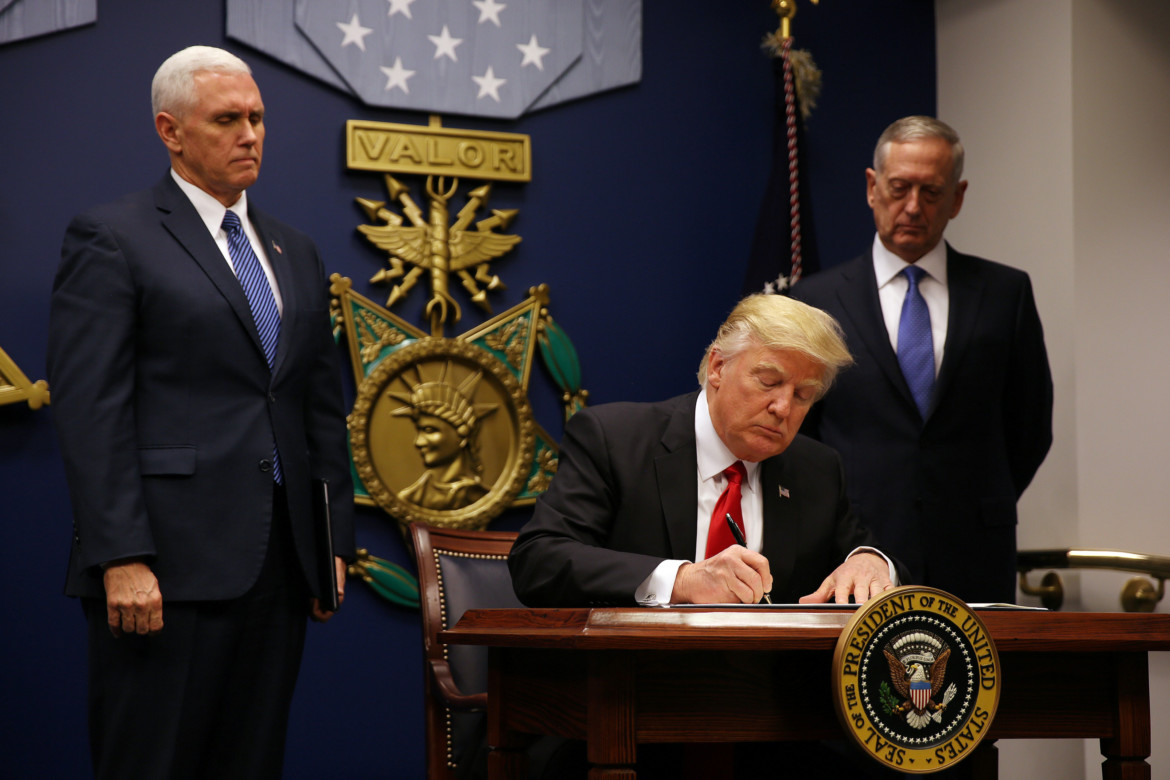 Donald Trump speaks to a crowd at a rally in Nashville Credit: Reuters

Two judges have blocked U.S. President Donald Trump’s revised travel ban on six Muslim countries. The revised ban was set to go into effect on Thursday, but was halted for a second time because the court ruled that it still discriminates against Muslims.

The rulings came in succession, with U.S. District Judge Derrick Watson issuing a nationwide order against the ban late Wednesday night in Honolulu, calling the ban “illogical” and questioned if it was based on fear instead of national security. U.S. District Judge Theodore D. Chaung backed the decision in Maryland Thursday morning.

While Watson offered a temporary solution, Chaung set a preliminary injunction against the travel ban until it goes back to court.

Following Wednesday night’s ruling, Donald Trump spoke to a crowd of his supporters in Nashville and called the ruling “bad, bad news” and an “unprecedented judicial overreach.”

While the crowd cheered, Trump acknowledged that the revised version of his ban was “a watered-down version” and threatened to bring back the first draft and take the ruling to the Supreme Court if necessary.

The Council on American-Islamic Relations (CAIR) released a press release Thursday where CAIR National Executive Director Nihad Awad said “We welcome this order as confirmation of the strength of our nation’s system of checks and balances that prevents one branch of government from violating the Constitution or the rights of any vulnerable group.”

He urged the Trump administration to scrap the ban entirely as it disrespects the constitution and “Americas longstanding tradition of religious freedom and inclusion.”

While people may be celebrating the block as a win for civil rights, outraged Trump supporters have started a #BoycottHawaii hashtag. The hashtag has quickly turned into a joke as Trumps original travel ban has hurt U.S. tourism since its inception.