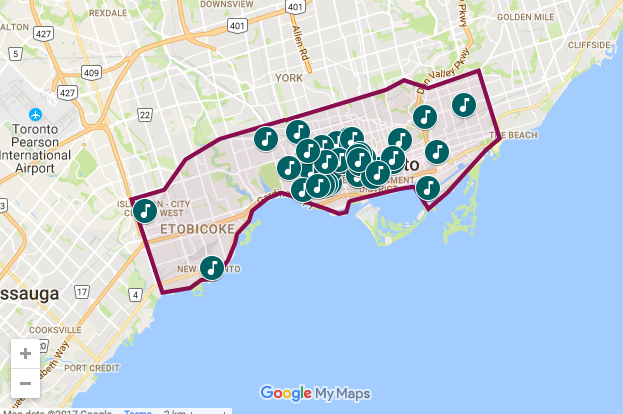 The loss of live music venues is a problem that’s been plaguing the Toronto music community for at least a decade.

When the historically designated Silver Dollar on Spadina Avenue closed earlier this year after almost 60 years, it marked a bleak time for music fans in Toronto.

People can help by going to support the many venues still around, no matter how small. Now Toronto also suggests attending meetings, writing to councillors, or getting in touch with TMAC, via music@toronto.ca.

By looking at 50 venues in Toronto that still host live music, it leaves a glimmer or hope that the show isn’t over yet.