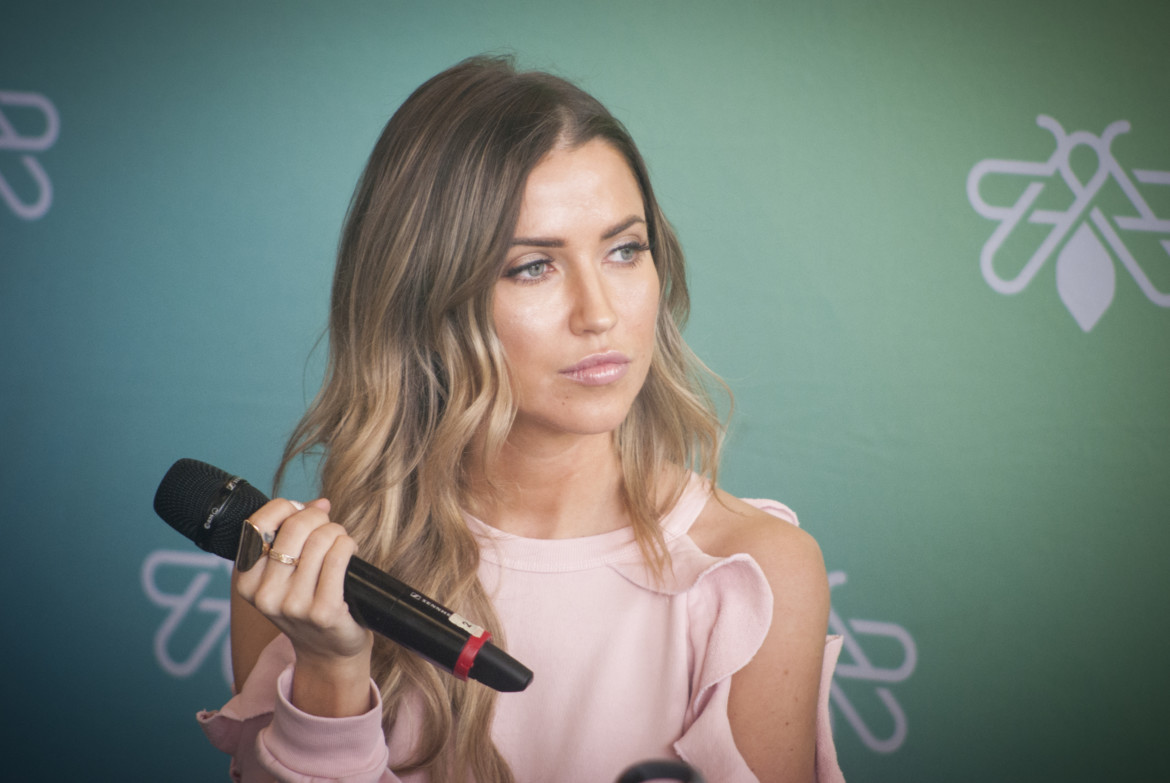 Women work hard. Really hard. Which is why it’s important to empower and raise them up as often as possible – and not just on International Women’s Day.

She shared what her experience on the show was like, warning the crowd that it’s not what it’s cracked up to be.

“I know it seems glorious to date a bunch of guys on T.V. and wear these beautiful dresses, but it was really stressful. By the end of the show, I lost chunks of hair from stress,” she said. “No friends, no family, no phone. You can’t talk to anybody.”

Bristowe also opened up about the female role models in her life, crediting her best friend for helping her be more confident.

“I’d wear these little tiny dresses and heels and she was always in flip flops and a backwards hat. She just was exactly who she was and she taught me so much about having confidence,” said Bristowe.

It seems she’s payed that lesson forward to women like Valeri Palumbo, a second year creative photography student at Humber.

“It gives confidence to show that [she] looks good, [she] can do this and this and [she’s] confident in herself,” said Palumbo.

Having confidence is something Bristowe said she had to work for. But even today, she admits she sometimes compares herself to other girls on social media, although she urges young women to do the opposite.

“Everybody has to know that they’re putting that on social media because everyone paints this pretty picture. But you have to know, everybody also has their struggles, they just don’t put it on Instagram,” said Bristowe.

Bristowe also said that she has been cyberbullied in the past, but eventually learned to brush it off. Ammar Abdul-Raheem, the IGNITE Vice President of student life says this one of the reasons she was chosen to speak at the International Women’s Day event.

“Too many girls and too many women experience things like social media backlash and we need to have role models that have tackled that issue in a positive way,” he said. “This is someone with very good intentions, with a very good heart, speaking up.”

Businesswoman and television personality Arlene Dickinson followed Bristowe’s talk with a speech of her own, touching on her roots, what it was like once having an abusive husband and everything she had to put up with coming up as a woman in the business realm.

She also revealed that in high school, she was voted “most likely to be a candlestick maker.”