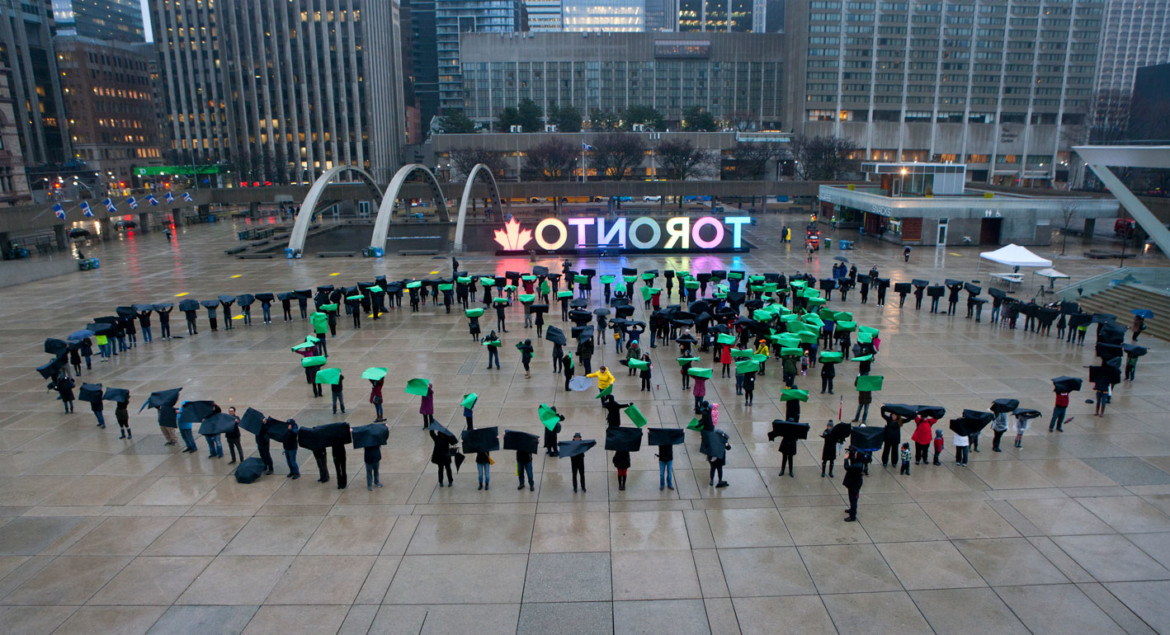 The Canadian National Institute for the blind are celebrating their 100 year anniversary.

Volunteers and Supporters gathered at Nathan Phillips Square in downtown Toronto to create a flash mob in the shape of a human eye to show awareness for the accomplishments of the blind.