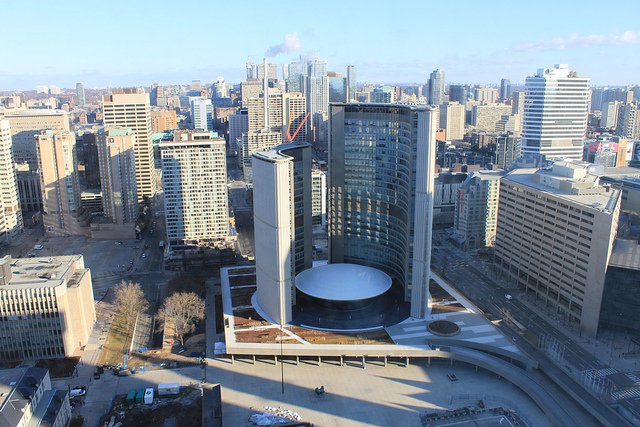 By:  Ruth Escarlan and Elliott Williams

Toronto City councillors voted in favour of the Scarborough Subway with 26-18 at City Hall on Tuesday.

“We need to get on with building the Subway extension,” Mayor John Tory said during the meeting.

The $3.35 billion, six-kilometre subway extension of the Bloor-Danforth line, otherwise known as the Green Line, will run from Kennedy station to the Scarborough Town Centre.

Nearing the end of a nine hours meeting, the council voted against Councillor Josh Matlow’s motion to create a business case analysis that compares the planned Scarborough subway to a hypothetical LRT. The motion was rejected, 27-17.

Matlow made a passionate argument in favour of a Scarborough LRT, citing numerous studies as evidence that going ahead with the subway expansion would cost Toronto more money than an LRT.

A number of councillors said they were against the planned Scarborough expansion but their refusal will not hinder any plans.

The City Manager, Peter Wallace, voiced concerns over the allocation of money for transit, questioning if it would be enough to go through with the project since the costs would escalate from inflation and legislative changes.

Mayor Tory expressed frustration over the council’s repeated vote on the Scarborough Subway plan. The meeting also discussed to fund a project to refurbish Triton bus terminal in the area at a cost of $ 182 million.