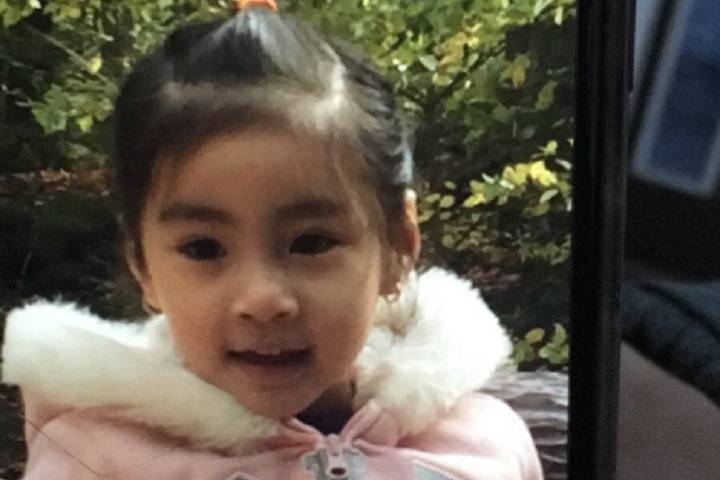 Christina Nguyen, the young girl abducted this morning in the Jane Street and Lawrence Avenue area.

The Amber Alert for a missing 4 year-old girl has been called off after her and the stolen car were found around 9:30 a.m.

Nguyen was abducted from her Toronto home around 6 a.m. when a vehicle parked outside of the family’a home was stolen with the child inside. Police say her mother left the family car running on the driveway with Christina inside while she went in to get another sibling when the vehicle was stolen.

At approximately 9:30 a.m., Toronto Police reported that the vehicle had been found running in a public parking lot, with the child inside.

Ontario AMBER Alert has been cancelled

The child has been found safe

“It looks like this may have been a crime of opportunity. We have a parent who was loading their child into the car and they stepped inside to get another child,” Toronto Police Const. David Hopkinson told reporters.

“Somebody walking by found the car,” said Dhillon. “It’s running. She’s inside, and our officers got on scene, confirmed that she’s inside.”

Dhillon made it clear that the girl was uninjured.

“Our officers arrived on scene and confirmed she’s OK,” Dhillon said. “This is the best possible outcome.”

Authorities are still searching for a suspect.