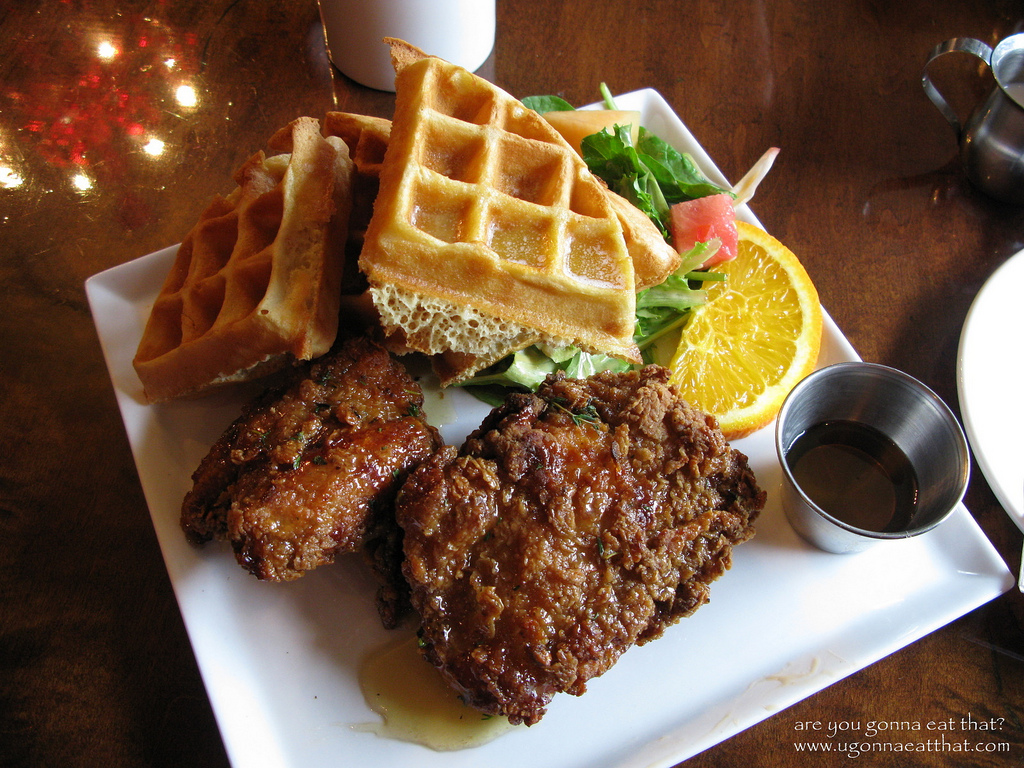 Chicken and Waffles from Toronto’s Harlem Underground. (Flicker user: are you gonna eat that)

Toronto’s winter food festival, Winterlicious, is back and it’s a great time for foodies on a budget to devour three-course menus without hurting their wallets.

Winterlicious and Summerlicious, respectively, began in 2003 as a way to boost tourism in Toronto after the SARS epidemic. Winterlicious was also a way to boost sales of restaurants as the first two weeks of February and July are slow. At the time, only 35 restaurants participated in the two-week festival but 14 years later, the number of participating restaurants has grown to more than 200. With that many restaurants on the menu, there’s plenty of cultural and dietary variety; fit for one of the most multicultural cities in the world.

This Winterlicious is the fifth year for Café California (a Mediterranean, California, Seafood, Grill) but the first for General Manager, Bob Parsons. Parsons is delighted to be part of the food festival, as it’s great for his restaurant’s promotion and advertising. He also says that not only does business itself pick up, but Café California also picks up different people.

“We get a lot of people coming in from the suburbs.” said Parsons. “It’s really a blessing in disguise.”

Winterlicious restaurants all offer a fixed-price, three-course menu, ranging from $18, $23 or $28 for lunch and $28, $38 or $48 for dinner, depending on the price-point of the restaurant. For example, a traditionally higher-end restaurant would likely have the $48 dinner.

“Our Executive Chef is the owner.” Said Parsons. “He picks several of our top main items for both lunch and dinner (to be part of the Winterlicious menu). It’s a great way to advertise our food.” Parsons added that they show newcomers Café California’s regular menu to showcase their other great menu items.

Winterlicious and Summerlicious are run by Toronto’s special events department. Any restaurant may submit an application as long as the meet at least four basic requirements: they must be an existing, full-service restaurant, they must be located in Toronto, they must have a Dine Safe Green Pass and they must show that the average price of a three-course meal for the restaurants meets the minimum requirements for the set price. Chain restaurants may also participate in the event, but only one location may submit an application. In Café California’s case, Parsons said they will definitely be submitting applications again.

But if the dining isn’t enough to entice food lovers, then maybe Winterlicious’ Culinary Event Series might. This year, nine venues will be hosting unique cooking and dining experiences and aside from the added ticket price, these events still feature a price-fixed menu. Lovers of mystery can enjoy dinner and a show at Mysteriously Yours, devour Syrian food and culture at the Aga Khan Museum or celebrate 150 years of Canadian Cuisine at the historical Casa Loma.