Trump trails off on a media tangent 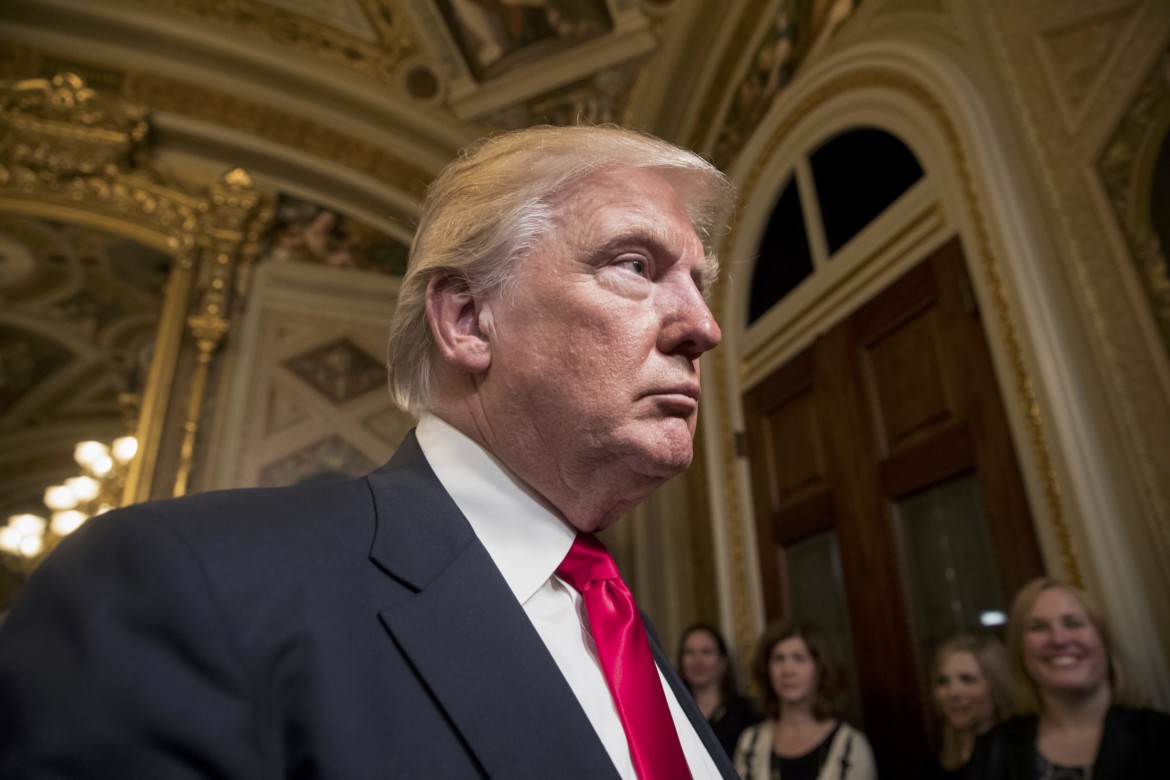 President Donald Trump came out swinging at the press after announcing the appointment of new Labour secretary Alex Acosta.

Trump jumped all over the press as soon as he could.

“I hope going forward we can be a little bit different. And maybe get along a little better if that’s possible, maybe it’s not and that’s okay too,” said Trump.

Trump mentioned a laundry list of ongoing projects among which includes a collaboration with Canada to develop a new council to promote women’s business leaders and entrepreneurs.

Other projects included new sanctions on Iran, rebuilding military and destroying ISIS, which he referred to as a spreading cancer.

“The media is trying to attack our administration because they know we are following through on pledges that we made and they’re not happy about it.”

During the question and answer period, Trump was asked about his plan for inner city development.

April Ryan, an African-American veteran journalist, asked about Trump’s inner city plans and if he’d be working with the Congressional Black Caucus (CBC).

Trump did not recognize the name and asked Ryan if she knew them and would set-up a meeting.

The CBC later tweeted a requested meeting back in January, which Trump seems to have forgotten.

Hi, @realDonaldTrump. We’re the CBC. We sent you a letter on January 19, but you never wrote us back. Sad! Letter: https://t.co/58KiuHmITF

He also faced many questions about Micheal Flynn.

“What he did wasn’t wrong, what he did in terms of the info he saw what was wrong was with the way that other people including yourselves in this room were given that info because that was classified information it was given illegally,” said Trump.

He said he’s had conversations with the President of Mexico and Australia that are public, but should be classified or confidential. Trump credits the leaks to the media getting their information with illegal means.

Jim Acosta, CNN journalist, said he’d like to follow up on some questions that were asked earlier. Trump then said that there are other questions and CNN’s rating aren’t as good as others.

After many jabs at the press Trump said FOX and Friends in the morning is the most honest show.