Martin, Saunders among players not on the Team Canada WBC roster 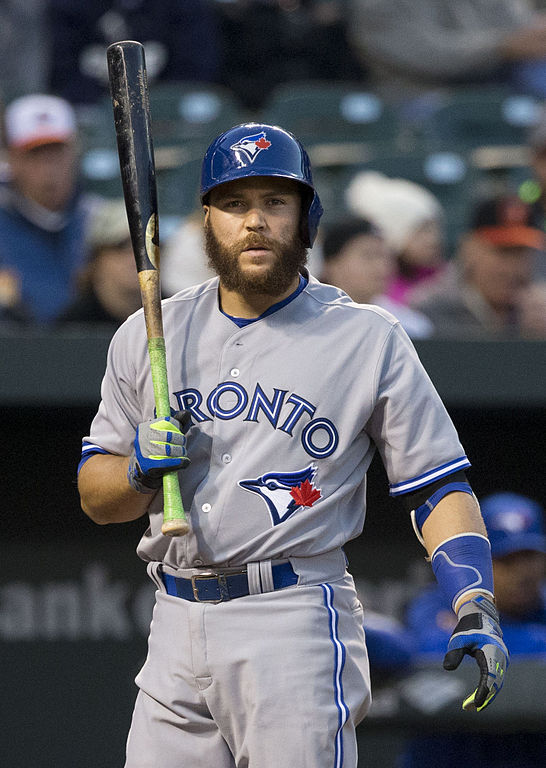 Team Canada will have a tough time competing in the upcoming World Baseball Classic with so many big names sitting out the tournament.

The roster will not include current Blue Jay Russell Martin and former Blue Jay Michael Saunders. Both players were expected to partake in the tournament, but other obligations got in the way.

Russell Martin as a member of the Jays in 2015 (Flickr user: Keith Allison)

Martin whose primary position is catcher, was penciled in to play shortstop for his country, but had to withdraw due to insurance complications after having minor knee surgery this off-season was the reason for his absence. The aforementioned knee surgery had fans and the media alike dumfounded as this was not directly addressed.

With Saunders recently signing to play in Philadelphia, he has decided to spend spring training with his new teammates. The Victoria, B.C. native is coming off a decent season with the Jays as he made his first All-Star appearance in his eight-year career.

Other notable Canadians not on the WBC roster include major leaguers Brett Lawrie, James Paxton and former MVP Joey Votto. However, these players were not expected to, because they previously elected not to participate.

Nonetheless, the silver lining comes in the form of Atlanta Braves slugger Freddie Freeman who is making his first appearance for the ‘red & white’. The California-born Freeman is honoring his late Canadian mother by playing for her home Nation in this tournament.

“It is a huge boost to have a presence like that in the middle of the order,” said long-time Canadian Baseball fan Josh Hayes.

“For me, I think he’s the reason why I’m going to watch this year.”

“It was a tremendous victory for us [Baseball Canada] especially to win it at home,” said Baseball Canada’s PR Coordinator Adam Morissette.

“There were a lot of players on the [2015 Pan-Am squad] who were with us since they were on the development team too, so it was nice to see them win it all.”

It’s an understatement to say it will be a challenge for Canada to pass the group stages with the United States, Columbia, and the Dominican Republic being in their pool. However, anything can happen in a short two-week tournament. Canadian baseball fans might remember that Canada beat the heavily favored U.S. back in 2006.

“We don’t have elite players or the depth like other teams have,” said Morissette. “But the thing about this team is that we’ve been a unit for a long time and we compete every game.”

The tournament is set to start on March 6th and will take place in South Korea, Mexico, Japan and America.