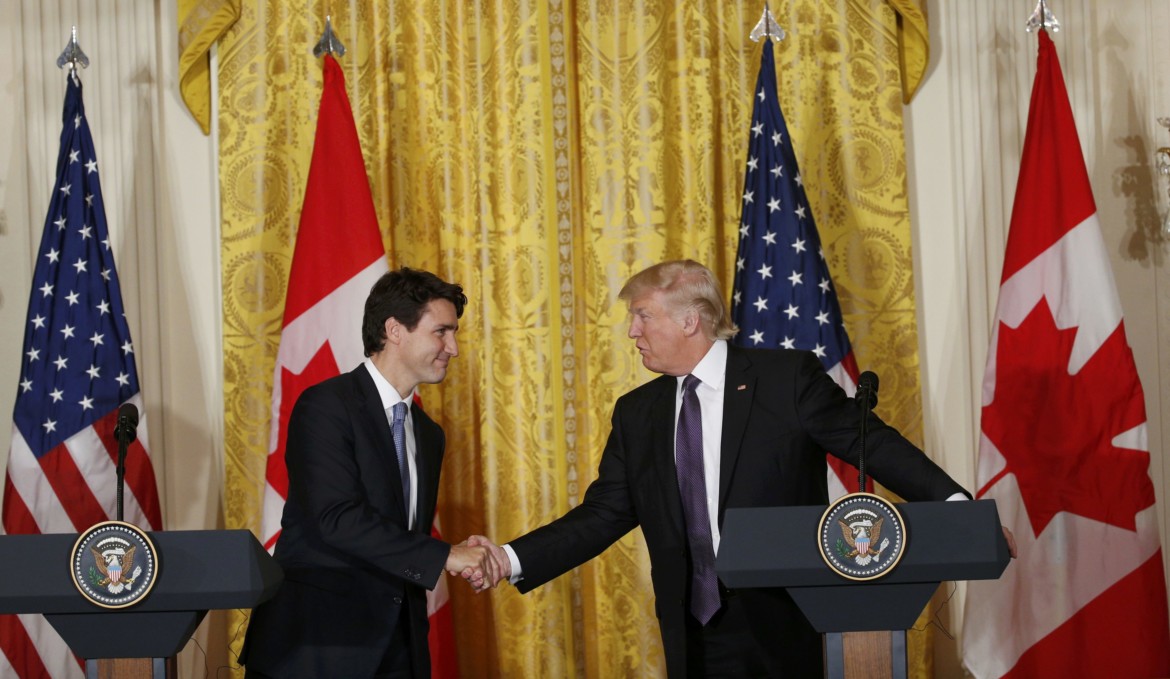 Trudeau arrived in Washington, D.C. and went straight to the White House where the two leaders met face to face and shook hands in front of the press. But behind closed doors, thorn issues had to be agreed upon.

Analysts say the meeting is a test like never before as Trudeau must decide what approach to take especially in the wake of global backlash from Trump’s travel ban on seven Muslim-majority countries.

“It’s very, very important for Trudeau who doesn’t resemble Trump to at least establish a level of comfort with Donald Trump,’’ said Robert Bothwell, a Historian and Professor for the University of Toronto.

‘’It’s going to be quite an exploration because Trudeau’s natural associations are with people like Barack Obama and so there is a certain amount of mistrust and ideologically compatibility that they have to agree to set aside,”

Bothwell went on to say that the two leaders are completely different but that should not get in the way of Trudeau maintaining and improving Canada.

Some critics have lashed out at Trudeau’s approach describing it as too weak and too kind.

But some political scientists believe that critics are missing the point.

“Prime Minister Trudeau has already said things publicly to Canadians, about what the government believes, in response to Trump’s policies on immigration and refugees. Trudeau’s words were clear and effective. Disagreeing profoundly with Trump’s policies is not a sufficient basis for PM Trudeau to publicly criticize the President,” said Christopher Cochrane, Associate Professor of Political Science at the University of Toronto.

“If a criticism of Trump or his policies by PM Trudeau can do more good than harm, then PM Trudeau should play that card. Otherwise, he should not,” said Cochrane. “In baseball, a team manager sometimes runs out onto the field to argue with an umpire for no reason than that the spectacle of the argument is cathartic for the players. There are many places in politics for this kind of theatre. Canada-US relations is not one of these places.”

When it comes to agreeing on issues, Robert Bothwell, said that the two leaders will disagree on certain issues but both seem equally anxious and want the first meeting to be a success.

“I think that both sides are really both anxious for this to be harmonious and for it be a success,” said Bothwell.

“On the American side, I think that they probably want to demonstrate Trump can get along with somebody. I mean having botched the Australians and Mexicans, here are the Canadians and if they don’t do well with that, that might give Trump a very black eye in terms of American public opinion.’’