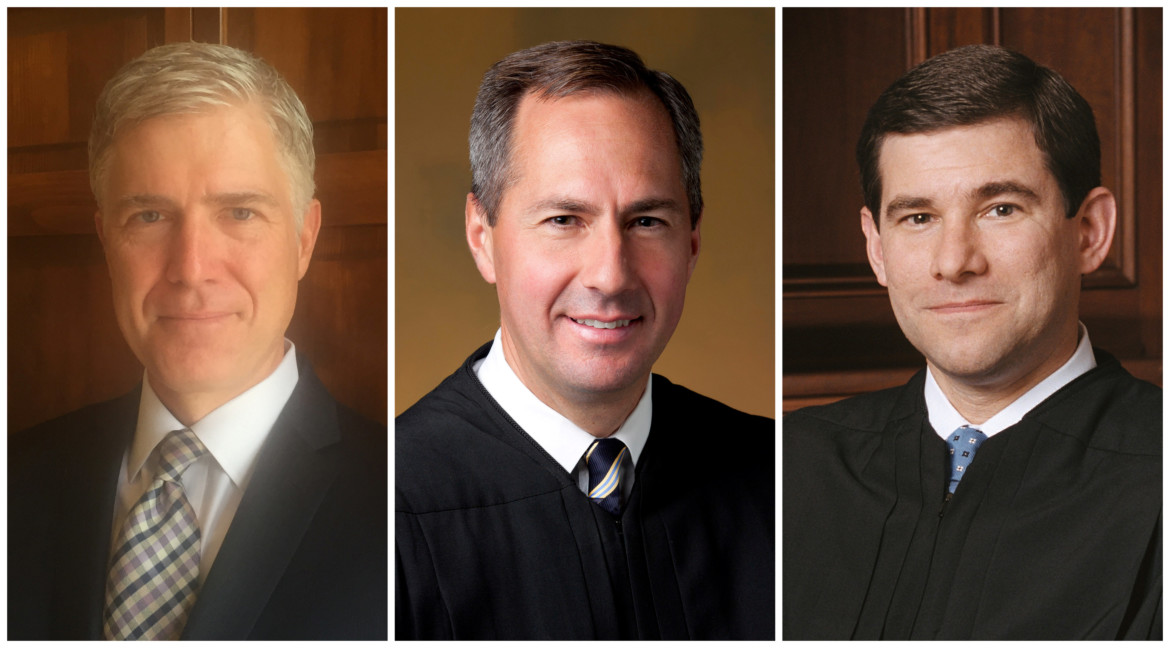 U.S. President Donald Trump is getting ready to announce his nomination for the U.S. Supreme Court at 8 p.m. tonight.

After the death of the late Justice Antonin Scalia, the Supreme Court has been evenly divided between both Democratic and Republican appointees.

However, after tonight, Trump’s new justice, if confirmed, will restore the court’s conservative bloc.

It is believed that Trump will select the nominee from a list of three front runners: Neil Gorsuch, Thomas Hardiman and William Pryor.

Neil Gorsuch was nominated to a seat on the U.S Court of Appeals for the 10th circuit back in 2006 by George W. Bush.

Thomas Hardiman, a registered Republican is well known for backing the Constitution’s second amendment provision protecting the right to carry a hand gun in public along with believing that police can strip search arrestees prior to entering jail.

William Pryor is a more controversial pick as he is the only nominee who has served as a politician and has sparked concern over his views on abortion.

For instance, Pryor has taken a stance on Roe V Wade – a fundamental right for women to access legal abortion in the United States, which he said is “the worst abomination of constitutional law in our history.”

Media outlets such as the Washington Post have labelled Pryor as “perhaps the most polarizing Supreme Court possibility.”

White House spokesperson, Sean Spicer said that Trump has made his decision and it’s unlikely he will change his mind. “He’s 100 per cent sure he’s the pick,” said Spicer.

Once Trump names his choice, the nominee will have to go through a few steps before being confirmed.

The nomination will be referred to the Senate Judiciary Committee followed by a confirmation hearing which can take up to a couple of days. The final steps include a committee vote and a full senate vote.

The announcement comes a day after Trump fired his Acting Attorney General Sally Yates, after she sent a memo ordering Justice Department attorney’s not to defend the President’s executive order regarding immigrants and refugees from seven Muslim-majority countries.

According to a statement the White House released Monday night, Yates betrayed the Department of Justice by refusing to enforce a legal order designed to protect the citizens of the United States.

“Ms. Yates is an Obama Administration appointee who is weak on borders and very weak on illegal immigration,” read the statement. “Tonight, President Trump relieved Ms. Yates of her duties and subsequently named Dana Boente, U.S Attorney for the Eastern District of Virginia, to serve as Acting Attorney General until Senator Jeff Sessions is finally confirmed by the Senate, where he is being wrongly helped up by Democrat senator for strictly political reasons.”