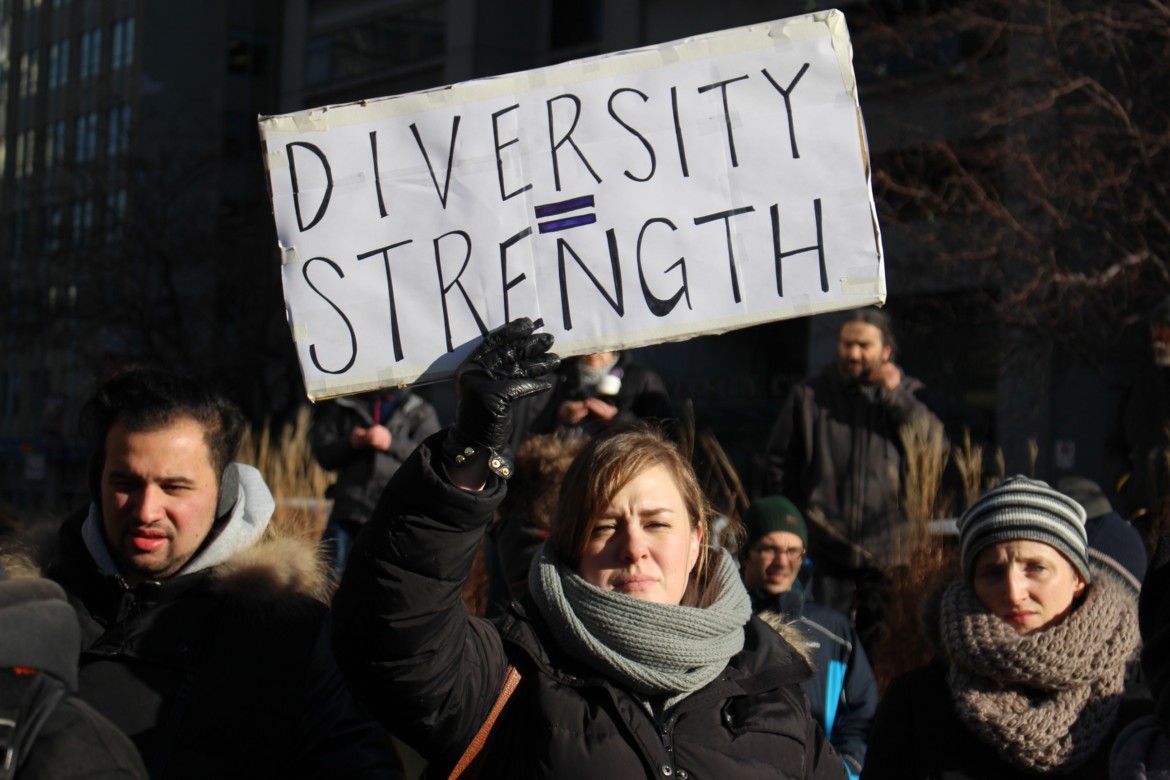 Hundreds of people gathered outside the U.S. consulate in Toronto this morning to protest President Donald Trump’s executive order to ban Muslims entering the United States.

The order pertains to seven majority-Muslim countries (Syria, Iran, Sudan, Libya, Somalia, Yemen, and Iraq) for a 90 day period, and has stirred tremendous controversy in Toronto and worldwide. Refugee applications have been suspended as part of Trump’s plan.

There is nothing nice about searching for terrorists before they can enter our country. This was a big part of my campaign. Study the world!

Protestors lined University Ave. beginning at 8 a.m. this morning, with more and more protestors pouring in each hour. The crowd chanted “Justice for immigrants, freedom for refugees.”

Some posters that circled the area read, ”Muslim does not equal terrorist.”

“It is kind of strange that this law would target specific people based on their religious background,” said Hassan Elbaytam, President of Humber’s Muslim Student Association.

“One of the things as a Muslim we learn is empathy towards others, so even though this does not affect us personally in Canada, it’s still sad to see that others are affected by this ban.”

Following the weekend ban, Prime Minister Justin Trudeau reached out to refugees through Twitter this weekend with open arms.

To those fleeing persecution, terror & war, Canadians will welcome you, regardless of your faith. Diversity is our strength #WelcomeToCanada

“Knowing that the prime minister of the country is in support of everyone despite ethnic or religious background, makes me feel that it is always a good moment to be in Canada,” said Elbaytam. “To know that everyone in Canada (or at least the government) supports our refugees.”

With files from Alana Macleod and Reagan McSwain