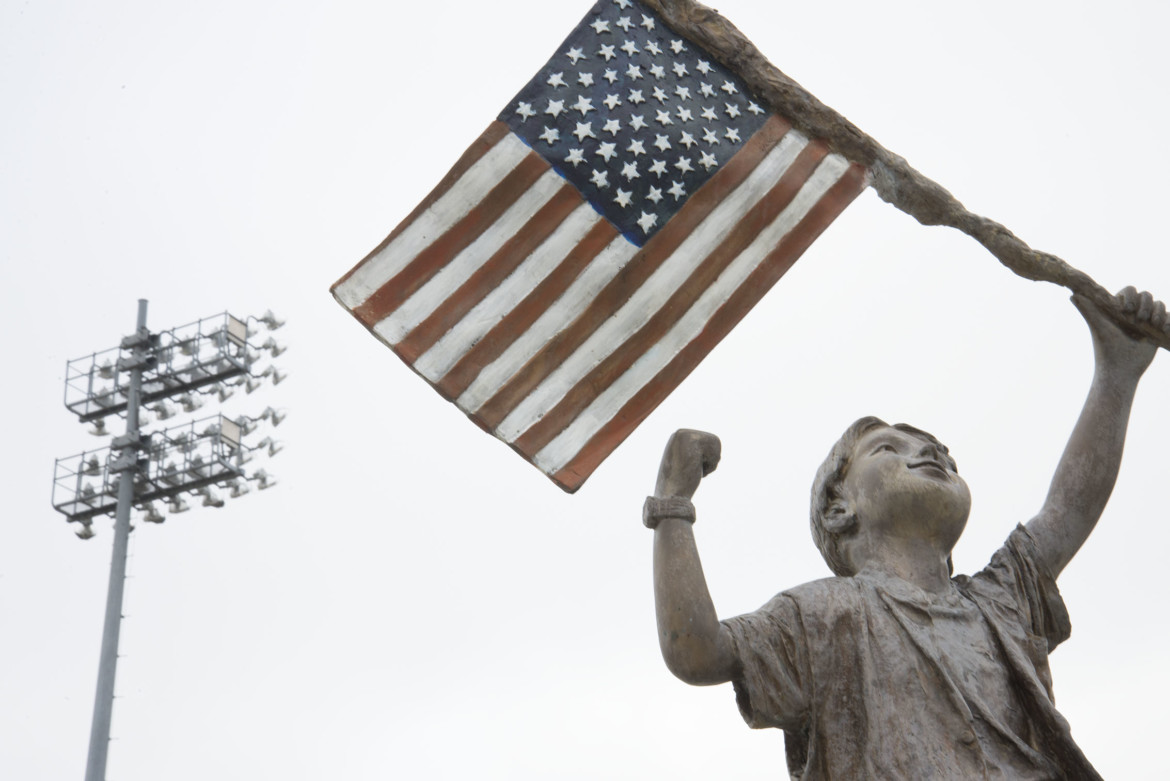 The town of Altoona, Pa., has historically voted Republican and quickly got behind U.S. President-elect Donald Trump’s message. (Humber News)

Humber News reporters are on the road to Washington, D.C. for the 2017 U.S. Presidential Inauguration.

Through the clanking dishes and the smell of fresh bacon, you can hear the workers of Tom and Joe’s diner in Altoona, PA., calling out to help each other during their daily lunch rush.

In all its plush-seated and chrome-topped glory, Tom and Joe’s is a treasure among the local businesses.

For the 83 years the diner has been in business, folks have come to gossip here in between bottomless cups of coffee.

George Batrus, the third generation owner, says Donald Trump, the man who will be sworn in as the 45th president of the United States on Friday, had the support of the town even before his ‘Make America Great Again’ rally was held at the local convention centre last August.

Altoona is a good example of the kind of town where Trump’s message resonated, which is why his rally was so successful.

“When it was announced, there was quick buzz that kind of took over the town locally pretty fast,” says Batrus. “Tickets were sold out in an hour. The support was already there.”

Back when it was a booming railroad town, Batrus estimates Altoona was twice the size it is now, before industry died and the economy shrank.

It’s like so many towns across middle America, struggling to keep going – with many people listening to what Trump had to say. In their minds, he was the first politician in a long time to acknowledge their fears.

Job security and stability are what the people of Altoona talk about. A lot.

“I am 100 per cent a Trump supporter,” Strini said. “He’s run businesses in the past and he’s going to run the country like a business.”

Batrus, too, notes Trump’s history saying it’s “ironic” that even though he’s a billionaire, “for some reason he seems to connect to the middle class working class people.”

Pennsylvania, along with Michigan, Ohio and Wisconsin, are states that took major hits in the auto and manufacturing industry during President Barack Obama’s two terms in office. Polled as Democrat-leaning states through the 2016 campaign, all four voted for Trump, swinging the election in the Republican nominee’s favour.

As a political reporter, Brown witnessed the crowd gathered for Trump’s August rally.

“There was a huge interest in the rally,” which drew an estimated 7,000 people.

“He reached the common people when he came,” said Strini.