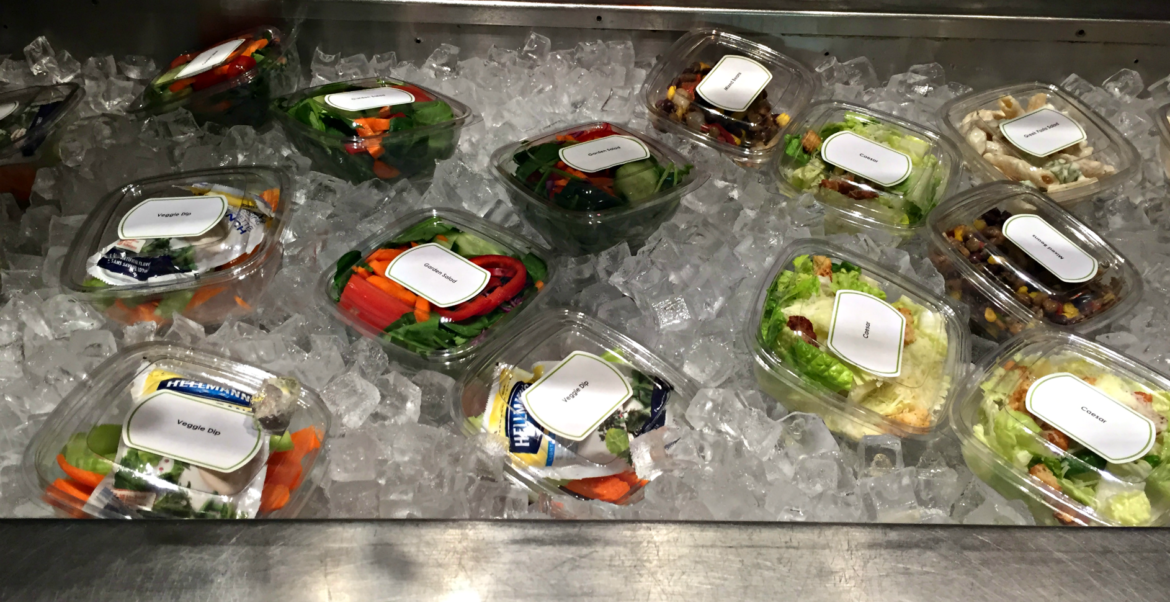 Toronto Public Health has received laboratory results that confirm norovirus was responsible for making more than 200 Humber students sick and sending 30 to hospital.

Humber College has been following norovirus protocols since Friday and Jen McMillen, Dean of Students, said, “we’re certainly grateful and will continue to receive ongoing support from Toronto Public Health, and we really hope to move forward from this.”

The night of the outbreak

On Thursday night, 77 students became ill with abdominal pain and vomiting, and 30 of those students were taken to hospital. By Monday morning, the number soared to over 200.

Norovirus is short lived, but easily contracted from infected surfaces or people. Symptoms include an onset of dizziness, nausea, vomiting, loss of appetite and diarrhea.

Jen McMillen holds her one-on-one interviews with reporters regarding the virus outbreak.

Jamie Lambert, a Humber kinesiology student, said she was feeling horrible on Thursday night and waited in line for an ambulance with 12 other students who were feeling ill.

A doctor at the hospital said the cause was food poisoning.

“But I know a lot of people were thinking some sort of virus [too],” said Lambert.

Students who are ill have been advised to stay away from school or in their dorms. Students who are worried were given permission to miss classes without penalty, and some students have been seen wearing masks in the hallways.

What does Toronto Public Health say?

Public health officials are optimistic that the outbreak is waning. In the last 24 hours, only two students became ill and had to go to the hospital.

“The number of reported illnesses appears to be slowing down – which is a good sign,” said Dr. Michael Finkelstein, Associate Medical Officer of Health.

Representatives from Toronto Public Health have been on campus since Friday to provide Humber with recommendations on how to respond to the outbreak. On Monday, there were five food inspectors on site to review food processes and to inspect food vendors.

What is humber doing to prevent further spread of norovirus?

McMillen said they have increased the number of cleaning staff not only in the student residence, but all around campus.

A Humber cleaning staff thoroughly washes a drinking fountain to prevent the norovirus from spreading.

“We’re using very specific cleaning products that are recommended and approved by Toronto Public Health. We’re focusing on high touch areas, door knobs, washrooms, elevator buttons all of those sorts of things in order to try and prevent any further spread.”

To make matters worse, a Facebook video went viral over the weekend – with over 275,000 views – allegedly showing a cockroach crawling out of a food container in the cafeteria.

McMillen said Humber is aware of the video and brought it to the attention of Toronto Public Health.

Finkelstein said the video was passed on to the Food Safety Inspection Program. Toronto Public Health completed a full inspection of the North campus on Monday.

With files from Caitlyn Patrick, Kylie Vaillancourt and Elliot Williams