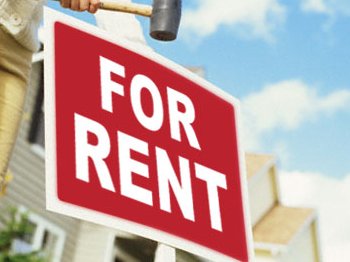 A new survey found that 95 per cent of Toronto tenants are living in conditions that violate bylaws. (Flickr/Boorsma2013)

A new survey has found that 95 per cent of Toronto tenants were living in conditions that violate the city’s property standards bylaw for apartments.

Of 174 respondents surveyed by the Association of Community Organizations for Reform Now (ACORN), the top tenant complaint was cockroaches with 83 per cent saying it is a problem.

This is only one example of the unpleasant living conditions. Other problems include poor ventilation, faulty elevators, lack of heating and mold.

Almost 70 per cent of tenants faced challenges trying to get repairs done while 30 per cent were scared to ask.

“The majority of Toronto tenants are struggling to pay their rising rents and at the same time have major deficiencies in their homes,” says the survey by ACORN Toronto, which represents about 20,000 low- and moderate-income residents across the city.

Jaspreet Grewal, an early childhood education student at Humber College in Toronto, knows first hand about how difficult it can be to find a good place to live.

She said her first experience in renting out a room was a bad one.

“I was literally crying,” she said.

She found a basement room for rent on Kijiji. Without seeing the unit, she went to move in after speaking with the renter. When she arrived, she was shocked by the state of the kitchen.

“That environment was not good,” she said.

Grewal said there was no space and it was dirty. Furthermore, she was told by the person she was speaking with that she should say she was “just a friend” of his and not living there.

Something didn’t seem right to her. She found out that the person she’d been speaking with was renting out the house, the rooms and was doing all of this behind landlord’s back.

She couldn’t live under the dirty conditions and told the renter, within the day, to keep the deposit she had given. She didn’t even move in, she just wanted out.

Grewal has now found a room where she is happy and suggests living with a family rather than students because there is more responsibility.

Phillip McQuade lives in an apartment where cleanliness and pests are an issue.

“The bugs such as cockroaches and mice – they’re crazy,” the Toronto resident told Humber News.

McQuade said he does his best to keep the space clean but is looking to move out.