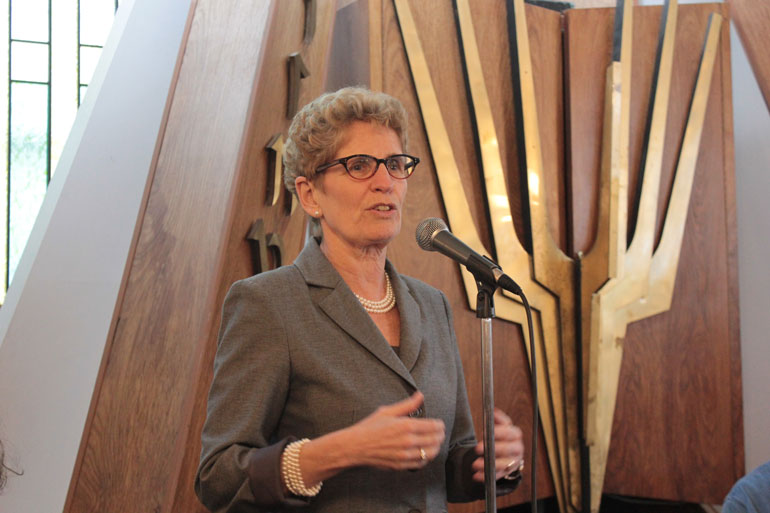 The provincial Liberal government says only minor adjustments to the Greater Toronto Area’s housing market are to be expected in today’s fall economic statement.

Both he and Premier Kathleen Wynne said there would be modifications to the housing market for the province’s capital and surrounding urban regions, but the Liberals would not follow British Columbia’s lead, who introduced a 15 per cent tax on foreign buyers.

Wynne said in a press conference last month that British Columbia’s decision was based on their own independent market, and Ontario was “not interested in doing something that would have an unintended consequence.”

At a Canadian Club luncheon at the Fairmont Royal York Hotel earlier this month, Sousa outlined the difficulties first-time GTA home buyers face, and how new legislation would “be more consumer-focused.”

“Growth in residential real estate values has been good for our economy,” Sousa told the Canadian Club audience. “The price point, however, has also made it harder for someone starting out to own a home.”

The average selling price for all home types combined spiked to over $760,000 – up to 21.5 per cent on a year-over-year basis in October 2016, according to Toronto Real Estate Board data.

Wynne has said the provincial government would monitor how the new federal regulations will impact the housing market.