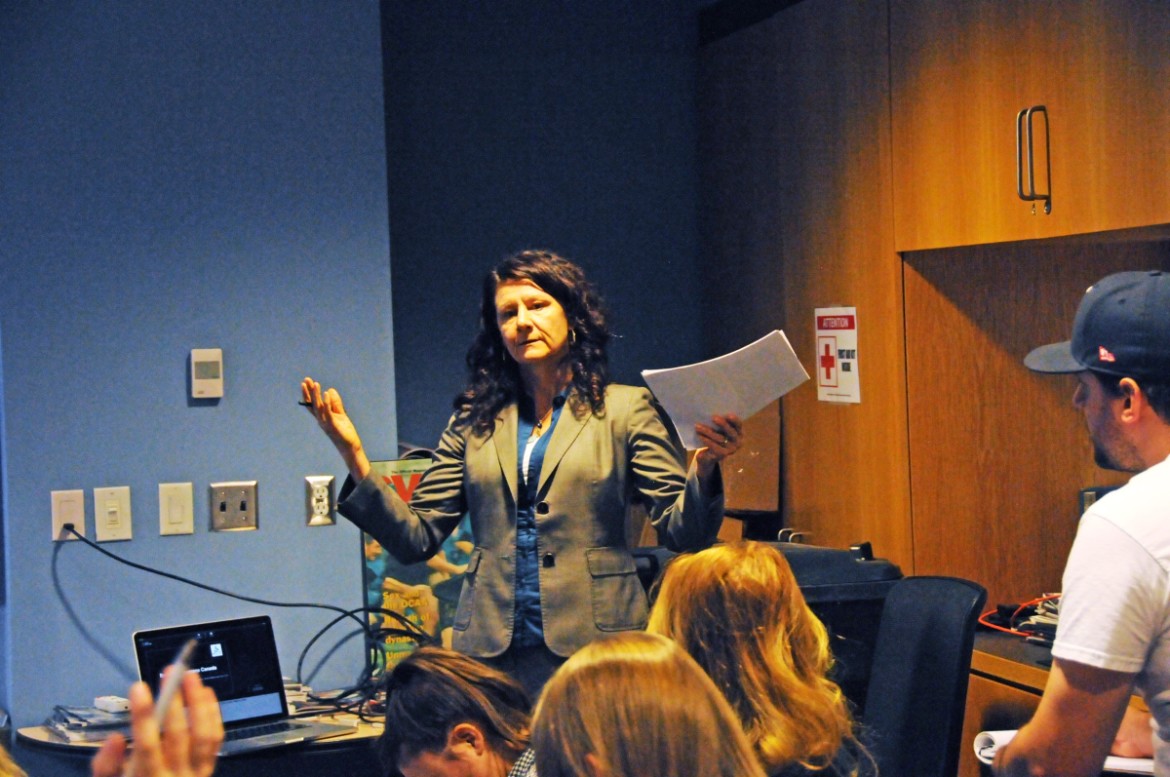 By Ieva Lucs and Irina Kouchnir

Barbara Cartwright, an award-winning leader in animal welfare and CEO of the Ottawa-based Canadian Federation of Humane Societies, spoke to Humber’s journalism students on the hot topic of breed specific legislation.

Cartwright pointed out the contentious divide in perceptions on pit bulls in Ontario.

“As we criminalize pit bulls we drive them into criminal pit bulls rings. We have turned them from being good pets to vilifying them,” said Cartwright.

The Canadian Society for the Prevention of Cruelty to Animals was created in 1869 shortly after Canada’s confederation, later becoming the CFHS.

The problem, according to Cartwright, is that the archaic language is in desperate need of updating.

“Because the laws were written in the late 1800s, cows were the most important animals,” said Cartwright.

Besides cattle being the most protected animal, the laws also use the word “willful.”

“When a person is charged with neglect, it must be proven to be willful, which is hard to do,” said Cartwright.

The students were visibly squirming when Cartwright brought up bestiality laws.

She illustrated more outdated language in the criminal codes by describing a case that resolved in the Supreme Court this past June.

A man in British Columbia was acquitted of the charge of bestiality because the acts he committed did not include penetration.

According to the law, anything outside the actual penetration of an animal, or person with an animal, is legal.

With 20 years of animal advocacy behind her, including conservation work with chimpanzees in Africa, Cartwright is driven to produce change.

In 2011, when Cartwright first came on as CEO of the CFHS, she quickly launched a program, Finding Fido, to help people choose the right dog and avoid unethical breeders.

She says the use of the program, through its website, has significantly lowered the return rate of dogs back to shelters.

Cartwright reminded students that being humane is a core Canadian value.