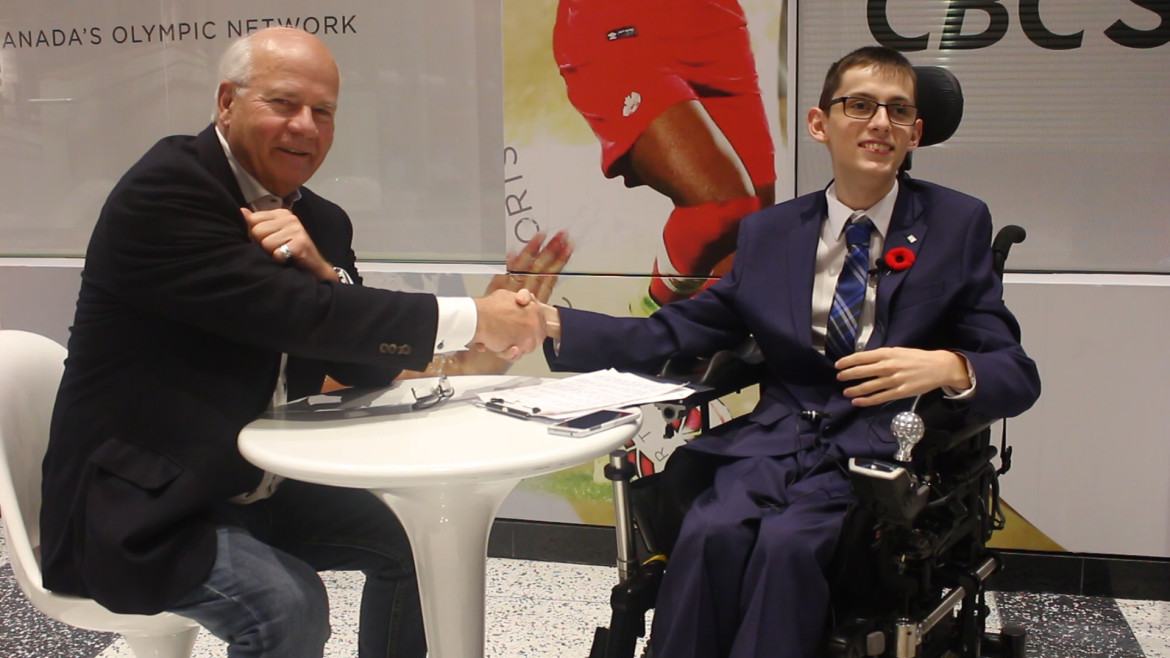 In the twilight of his career CBC’s Chief News Correspondent Peter Mansbridge sat down with first-year journalism student Mitch Stark to talk about his 45-year career in the industry and the future of journalism.

This isn’t the first time Mitch Stark has caught a big fish. Last week it was CBC Foreign Correspondent Adrienne Arsenault who was seated across from him. Stark took a class project to interview a journalist and turned it into a series of exclusives for Humber News.

Mansbridge may be used to conducting interviews with Prime Ministers but this time the tables were turned and he was the one answering the questions. Take a look at Mitch Stark and Peter Mansbridge in this Humber News exclusive.