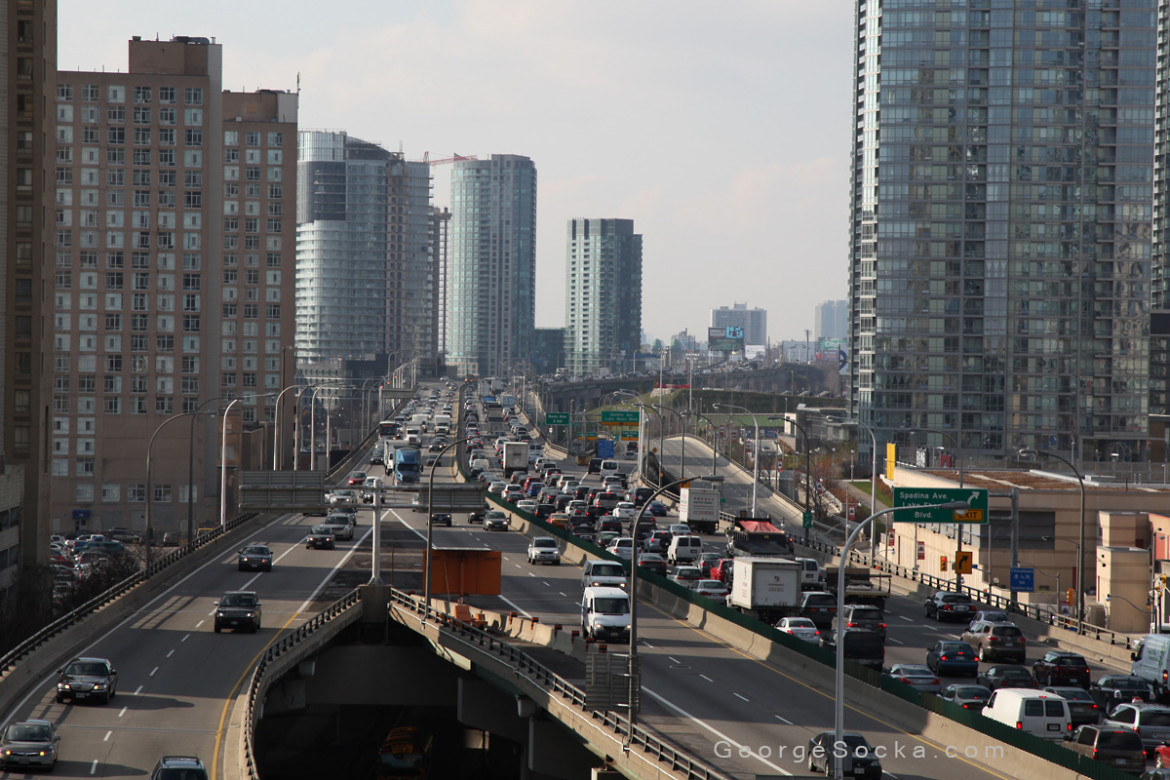 “Traffic is a growing nightmare,” Tory said in a statement Thursday afternoon.

Commuters coming in and out of Toronto, will have to pay $2 every time they use the two highways, Tory told a Toronto Board of Trade gathering.

“The number one fix is to give more people transit options so they can get out of their cars,” he said.

“If we are going to tame the traffic beast, especially in light of our expected growth, it means starting to collect funds today for crucially needed transit for tomorrow.” Tory continued.

The toll will help lift the burden off Toronto taxpayers who were essentially paying higher taxes so subsidize commuters from outside the city.

“On the Gardiner and DVP, these tolls would be paid by those who drive in and out of our city as well as by our local 416 residents, sharing the burden among everyone who uses these city owned and financed roads.” Tory said.

“Tolls have been shown to reduce travel times and ease congestion. And they also encourage more people to take transit.” he said.

Reva Goldberg, a Vaughan resident who has worked in Toronto for seven years, says that the Gardiner is essential for her job, but worries that people will jam the streets below.

“We use the Gardiner to get from the downtown core out to the airport or to Mississauga and Hamilton. It’s the only real way to get there,” she told Humber News.

“We have no choice about the toll, but I’m worried that people who don’t want to pay will take Lakeshore Blvd instead and that will cause some real traffic jams,” she continued.

While this may seem like a crackdown on drivers from the GTA, reactions from inside the city are mixed.

Early Thursday morning Torontonians stormed twitter to express how they feel about it.

Tolling the Gardiner Expwy is a declaration of war on south Etobicoke, whose neighbourhoods will be irreversibly damaged. #topoli #tolls

Tory to propose road tolls on Gardiner and DVP, with the money earmarked for transit. It’s about time!! https://t.co/1AGKsYzazT

@metromorning great cities have congestion tolls: London, NYC, Singapore. Good to finally have TO on list. 100% of HOT fees should go to GO.

According to the CBC, road toll of $2 a vehicle could raise $200 million a year for city coffers and one expectation is that all the money will be earmarked for transit expansion.

Tory will also push for a hotel tax to address the gap in operating revenue, the source said. The tax is expected to generate about $22 million a year that will go into general revenue.

The city has around $33 billion in projects around the city without any real source of capital to pay for them.

Tory will not move forward with other revenue gaining plans such as a parking levy and selling the city-owned electrical utility, Toronto Hydro.

“I will not support the much discussed option of a sale – or partial sale – of Toronto Hydro. The city is the sole shareholder of Toronto Hydro and that is an investment I take seriously.”

The majority of those projects are linked to the mayor’s plans to expand the transit network throughout the city.

Tory says the plans are going to implemented in 2017.