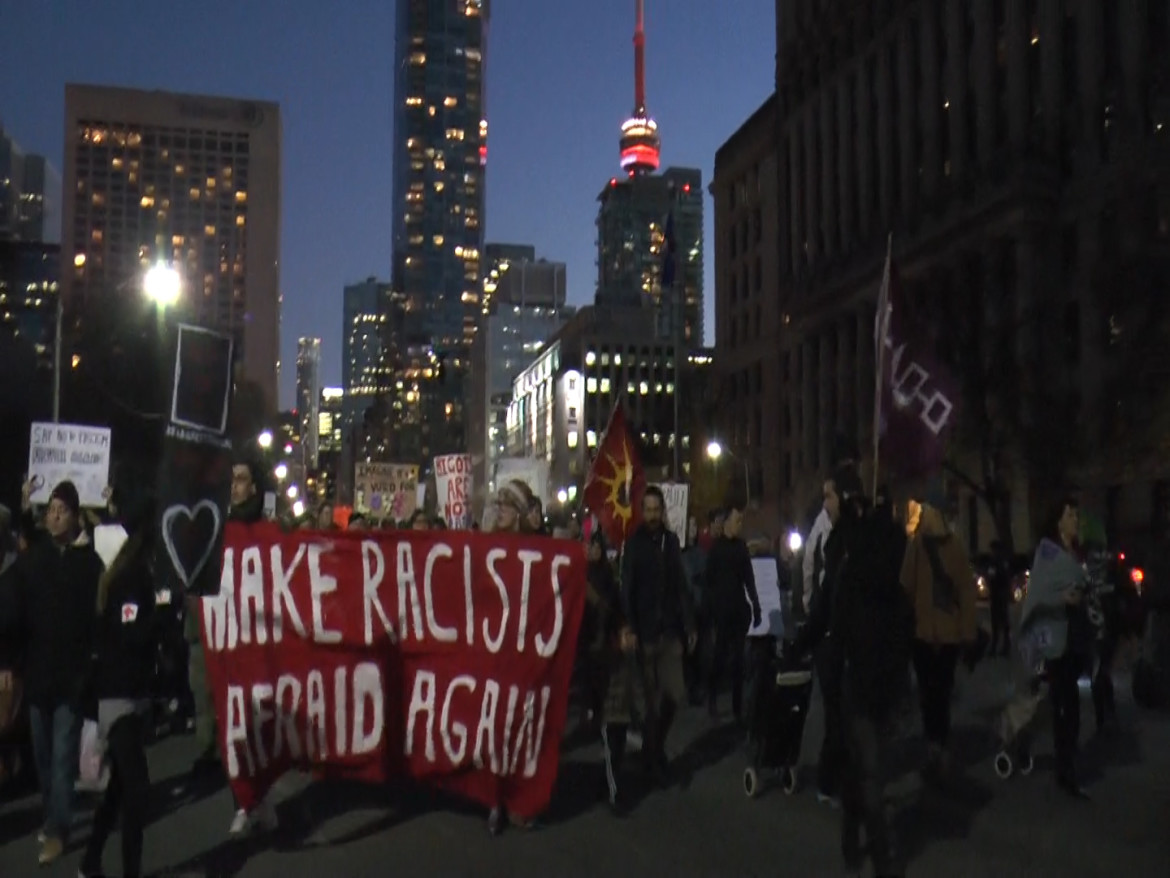 Hundreds gathered at an anti-Trump protest, which took over Toronto’s Nathan Phillip Square Sunday night. The protest was to show solidarity to those impacted by the new United States president elect. The protest was intended to be a safe space for minorities as well as supporters to voice their concerns.

The event began at 4:00 P.M.and started off with speeches by coordinators and protestors. The march to the U.S. Consulate located on University Avenue was concluded by 6:00 P.M.