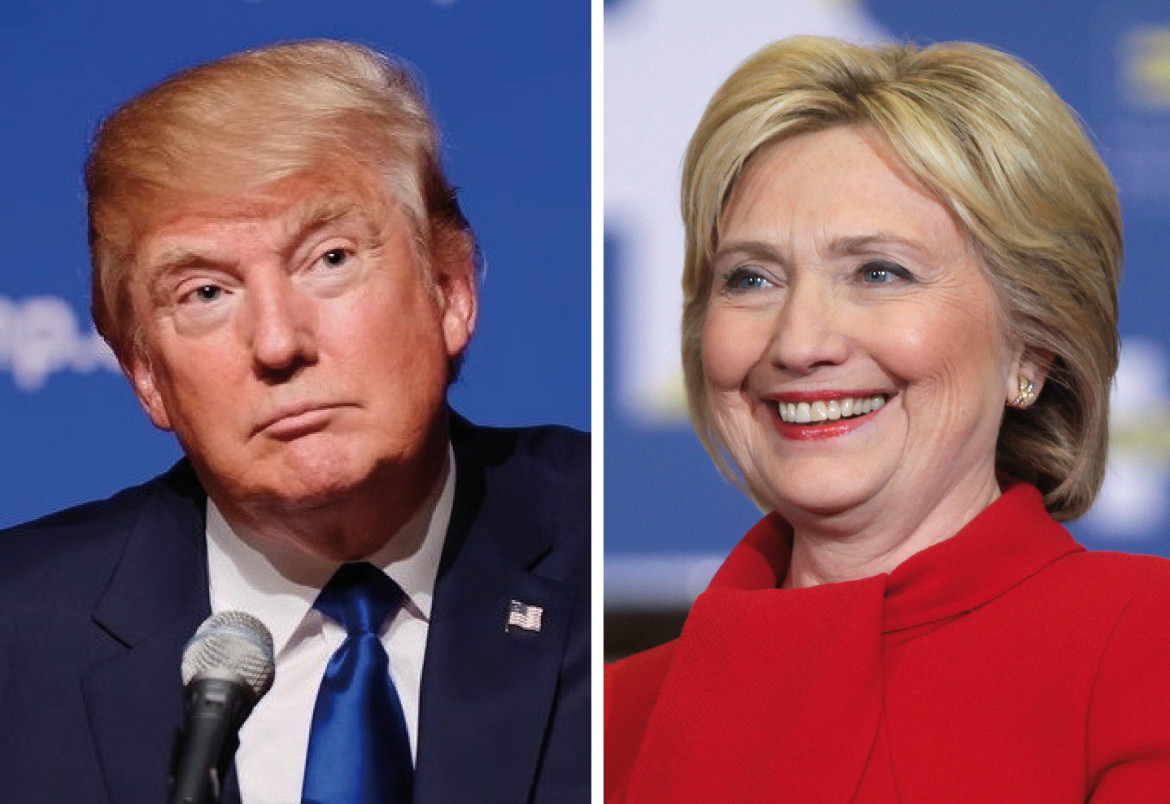 Map made by Chris Besik

Donald Trump has surpassed 270 electoral votes and Hillary Clinton called him to concede the election, meaning Trump has become the president-elect of the United States.

“It is time for us to come together as one united people,” Trump said in his acceptance speech, only arriving on stage close to 3 a.m. “For those who chose not to support me in the past, of which there are a few of you, I am reaching out to you for guidance.”

Trump was expected to win Indiana, because his running mate Mike Pence has been the governor of the state since 2013.

Clinton was endorsed by former Democratic presidential candidate and Vermont Senator Bernie Sanders during the summer. Also, Clinton was born in Chicago, Ill.

Virginia voted for President Barack Obama in 2008 and 2012, but has been traditionally red.

Chant breaks out as CNN announces the states Hillary is leading on #ElectionNight @HumberOnline pic.twitter.com/jyDaVdmAYu

By 1 a.m. the last polls will close in Alaska and after the final votes are counted the 18 month presidential race will be over.

News of Trump’s victory has caused a massive crash in the DOW Futures, down nearly 1000 points.

With every Trump advance, Dow Futures melt down some more…down almost 500
points moments ago #ElectionNight pic.twitter.com/yiTUdOLAZA