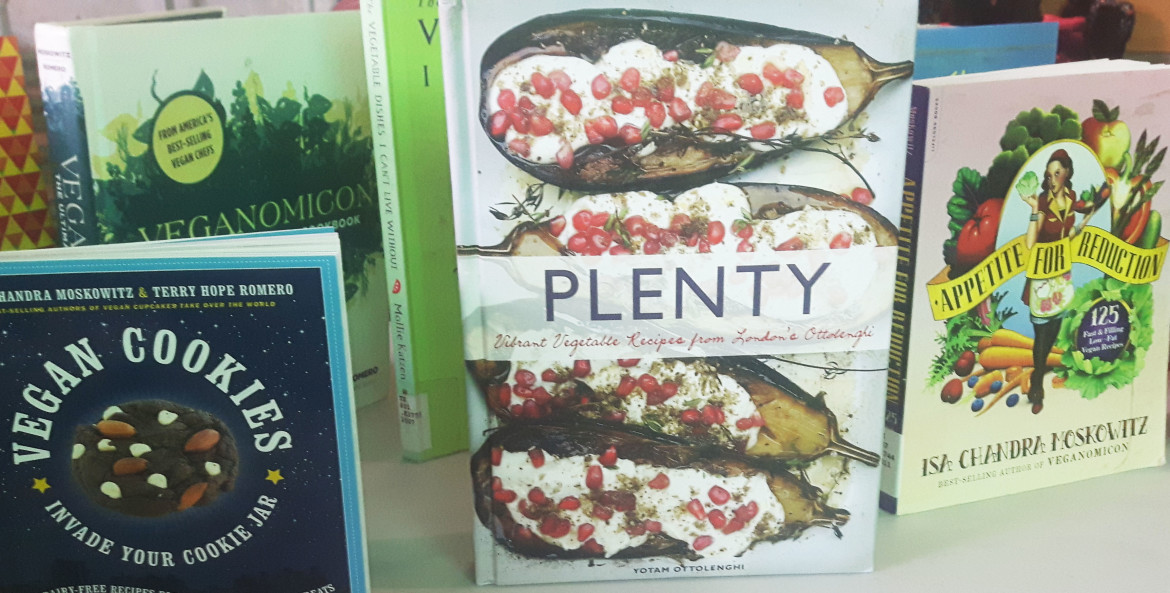 Vegan and vegetarian students, or those considering the shift in diet, got the lowdown Thursday at Humber.

“Our diet is something we’ve been trained into from birth, and of course if your mother gave [milk] to you it must be good – it’s a touchy subject to suggest that there’s a better lifestyle,” said Ray Kowalchuk, a spokesperson for the group Climate-Vegan.

Climate-Vegan is an international organization that believes the way of curbing climate change is to adopt a plant-based diet.

“We believe there is a crisis that is threatening not only the existence of the human race but for all life on the planet. We’re partnering with a lot of organizations and post-secondary schools to promote a strong vegan message,“ said Kowalchuck.

The impact of animal agriculture stretches farther than just what we put in our mouths. Without the experience of seeing how food is produced, by the time it reaches our tables, our planet as a whole has already paid a heavy price, Kowalchuk explained.

According to Waterfootprint Network, a gallon of milk requires a thousand gallons of water to produce over the entire cycle of raising the cows, processing the milk and delivering it to market.

Convenience an obstacle for some seeking vegan foods

For some students, the idea of waking up earlier to make and pack food, instead of buying it on campus, is what’s keeping them from going vegan or vegetarian.

“Convenience is a huge obstacle and it sometimes requires an adjustment, you try to plan your day and maybe the answer is to not to go to as many restaurants. Vegan and vegetarian food is expensive if you go to a restaurant. But the poorest countries eat Vegan now, and its cheap- that’s why they’re eating it,” said Kowalchuk.

For those already on campus, buying a vegan or vegetarian meal is also an option.

“We have vegetarian options at every station, and most vegan options are found in the Humber Food Emporium salad bar,” said Jen Nakeeb, marketing for Chartwells, which supplies most of Humber’s on-campus food.

“If you live on residence, we set up a meeting with the student and have special meals prepared for them. As long as the person is vocal we can really do anything. Our menu is super flexible.”

“We have a student who is going to sit down with us and bring in a recipe, so if you’re vocal and come and talk to us. We will incorporate suggestions,” said Nakeeb.

“The ‘Be Heard’ option on our website lets students submit requests for what they want to see for available food on campus.”

For people contemplating the shift to a plant-based diet, the task has never been easier, more innovative and connected.

“Even Ghandi had trouble. He was vegetarian and wanted to become vegan and tried several times and found it very difficult,” said Kowalchuk.

‘There’s so much support out there’

“What he didn’t have at the time was the internet, there was no online community or way of sharing information and being part of a movement.”

“If you live in a small town and feel you’re the only person that wants to go vegan you have access to information and recipes and you can sort through all the facts, yourself.”

“There’s so much support out there, join vegan groups and potlucks. In the beginning you need that extra little bit of moral support. Toronto vegans group on Facebook, once you connect to one group you connect with so many people,” said Chandrika – an organic farmer with Climate-Vegan.

For students looking to digitally disconnect, but still sift through some recipes, the Humber library is there.

“A lot of students don’t think about going to the library for non-school related stuff. So we thought this was a really good way to say look, there’s all this stuff here for you – there’s something to be said about an actual book,” said Sara Laux, with Humber’s communications department.