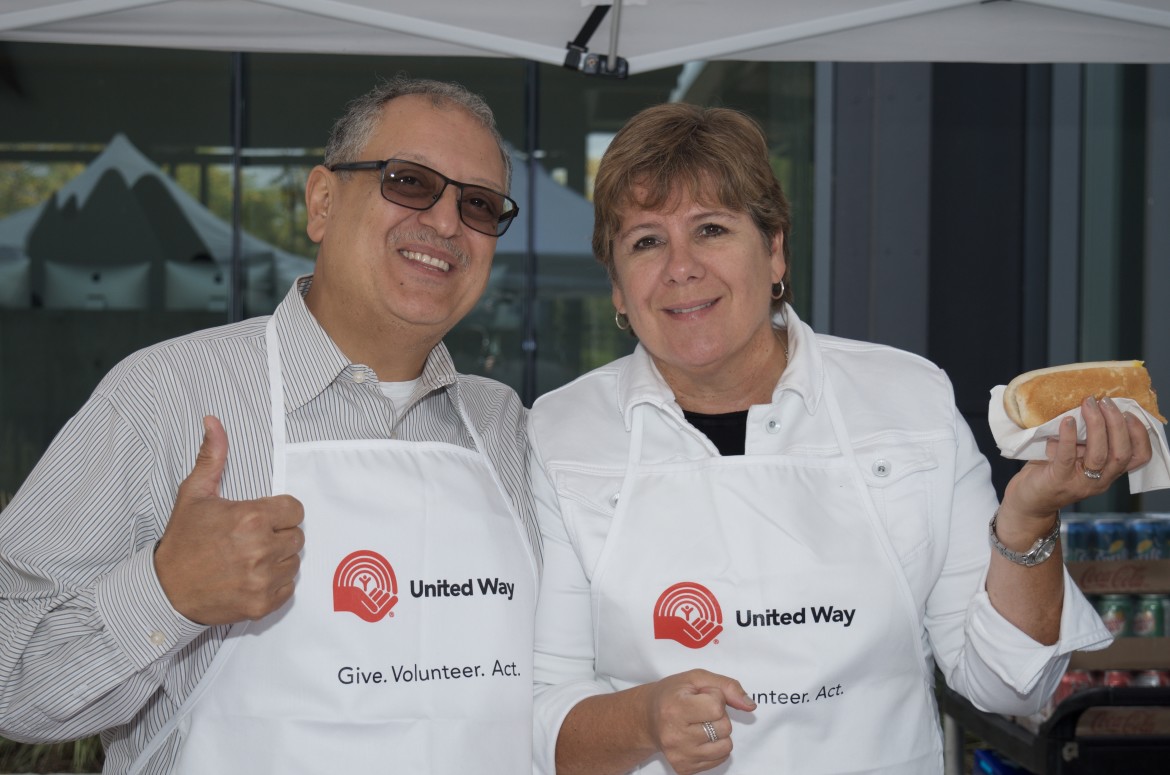 The aroma of cooked meat filled the air. Music filled students’ ears. As they lined up to grab their pop, students say the United Way BBQ today was a great way to raise awareness of all the various projects they do for the vulnerable. It happened at Humber College’s Lakeshore campus. Humber’s North campus will be hosting their United Way BBQ next Tuesday, Oct. 11.

Kavelle Deonanan, the event coordinator for the office of the principal at Lakeshore, said the event is not just to raise money but awareness.

“What is a greater way to do this than through events to educate students about what United Way does,” she said.

Each year Humber employees are asked to be part of the United Way movement through payroll deductions, donations or participating in fundraisers such as this BBQ.

Co-Chair of campus services, Paul Iskander serves students hamburgers and hot dogs in the hope of raising money and awareness for the United Way.

Hesham Gefri is a second-year international business student who said events like this help students learn about all the different campaigns there are.

“It’s actually good for the Humber environment,” he said.

Paul Iskander is the co-chair for campus services and was involved in today’s BBQ today.

“As a college we have a duty to reach out to the community,” Iskander said.

There will be several upcoming events for people to attend. To learn more and to donate, visit Humber’s United Way Campaign website.