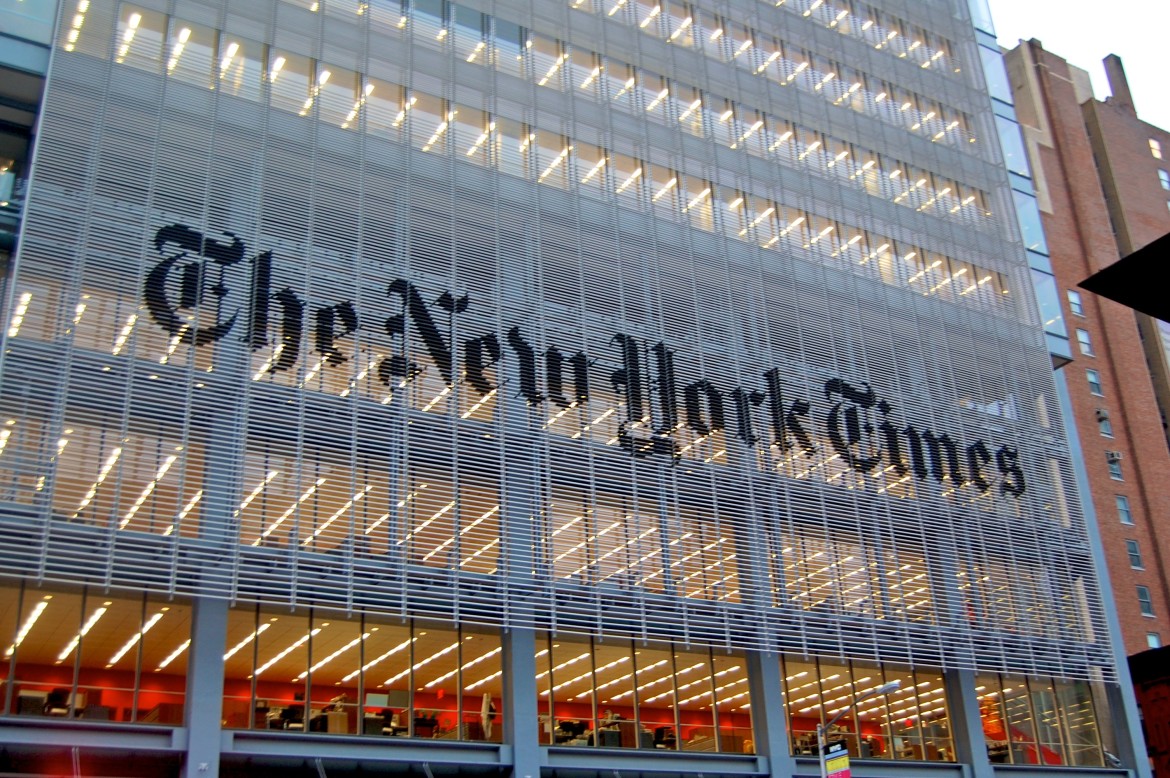 The New York Times said on Thursday that it is standing by its story that U.S presidential candidate Donald Trump sexually assaulted two women.

On Wednesday afternoon, the Times published the accounts of the two women, Jessica Leeds and Rachel Crooks, who each accused Trump of aggressively and inappropriately touching them, with both saying that no consent given.

On Thursday several news outlets reported that the Times is standing by the story.

Shorter NYT response to Trump lawyers: Bring it on. pic.twitter.com/xYAPr4tfGL

Trump, who is the Republican Party nominee, fired back at the media during a campaign speech Thursday afternoon, saying that the claims are “totally fabricated, pure fiction and outright lies … you take a look at these people … and you’ll understand also.”

Trump’s lawyer Marc Kasowitz sent a letter to the Times executive editor demanding retraction or face “all available actions and remedies”, according to the letter.

Trump campaign just released this letter from his lawyers demanding a full retraction/apology from the New York Times. pic.twitter.com/QobvFbCllb

“For the New York Times to launch a completely false, coordinated character assassination against Mr. Trump on a topic like this is dangerous,” Trump campaign spokesman Jason Miller said in a statement.

“To reach back decades in an attempt to smear Mr. Trump trivializes sexual assault, and it sets a new low for where the media is willing to go in its efforts to determine this election.”

Shortly after the story was published, the Palm Beach Post published a separate report of another women accusing Trump of sexual assault.

The report from the Post features a woman named Mindy McGillivray who says when was 23—13 years ago—she was groped by Trump at his Mar-a-Lago hotel.

People magazine also published an account from one of their former reporters, Natasha Stoynoff, alleging that Trump tried kissing and touching her as she was reporting on the first wedding anniversary of the  businessman and his wife Melania.

The new allegations come at a crucial time for the Trump campaign,  less than a week after leaked audio and video from the Access Hollywood showed Trump expressing lewd and predatory comments towards women.

“I’m automatically attracted to beautiful — I just start kissing them. It’s like a magnet. Just kiss. I don’t even wait,” the video shows Trump saying, among other statements.

“This was a powerful individual speaking freely and openly about predatory behavior and actually bragging about kissing and groping women using language so obcene that many are us were worried about our children hearing it when we turn on the TV.